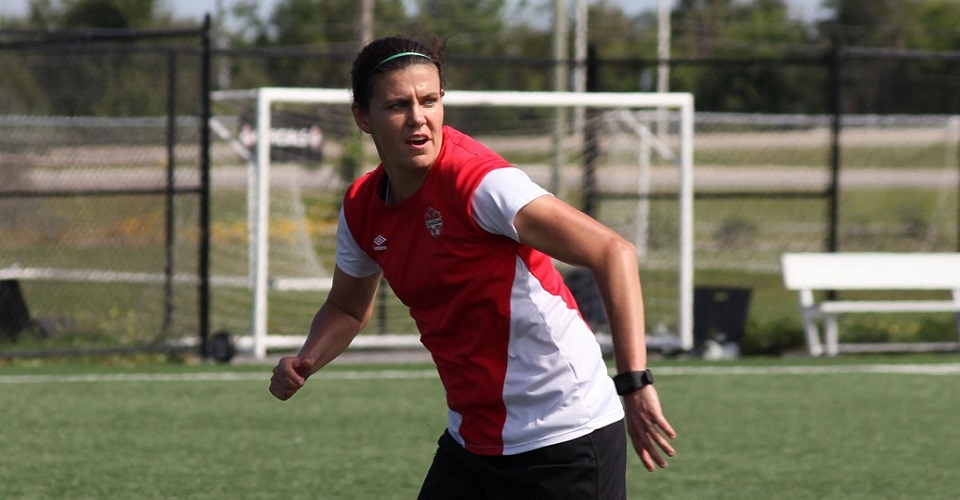 Canada Soccer’s Women’s National Team will hold a camp in Texas from 20 September to 1 October ahead of next month’s 2018 Concacaf Women’s Championship.  The […]

Canada Soccer’s Women’s National Team will hold a camp in Texas from 20 September to 1 October ahead of next month’s 2018 Concacaf Women’s Championship.  The group of players attending the camp will train in Frisco before the final 20 players selected for the competition will travel to Edinburg for the group stage.

“We are excited to bring this group back together and really set our sights on the upcoming qualification campaign,” said Head Coach Kenneth Heiner-Møller. “We’ve been together a few times this year and we’ve been pleased with how the group is evolving. Having this time prior to an important tournament like the Concacaf Women’s Championship is critical.  We are expecting some pretty hot temperatures in Texas for the tournament and that is something we haven’t experienced much of this year, so getting to experience the conditions and train in the heat ahead of the tournament is something we will be using to ensure we are ready to face our Concacaf opponents.”

The top three teams in the tournament will qualify for the FIFA Women’s World Cup France 2019™, with an additional opportunity for the fourth-place team to qualify through a playoff against Argentina of CONMEBOL.
“Many of the players coming into this camp will be on the final roster for the tournament, so we are taking this opportunity to fine-tune some of our strategies and future work on the players connections, both on and off their field,” said Heiner-Møller.  “This camp is really about bridging the gap between working on being ready and being in form to compete against some very tough, hungry teams.”
The final Canada Soccer Women’s National Team roster for the 2018 Concacaf Women’s Championship will be released prior to the team’s travel to Edinburg.

About Canada Soccer
Canada Soccer, in partnership with its membership and its partners, provides leadership in the pursuit of excellence in soccer, both at the national and international levels. Canada Soccer not only strives to lead Canada to victory, but also encourages Canadians to a life-long passion for soccer. For more details on Canada Soccer, visit the official website at canadasoccer.com.

Canada Soccer’s Women’s National Team
Canada are two-time Olympic bronze medal winners (2012 and 2016) and two-time CONCACAF champions (1998 and 2010). In all, Canada have participated in six consecutive editions of the FIFA Women’s World Cup™ (1995 to 2015) and three consecutive editions of the Women’s Olympic Football Tournament (2008 to 2016). At Rio 2016, Canada Soccer’s Women’s National Team were the first Canadian Olympic team to win back-to-back medals at a summer Olympic Games in more than a century.