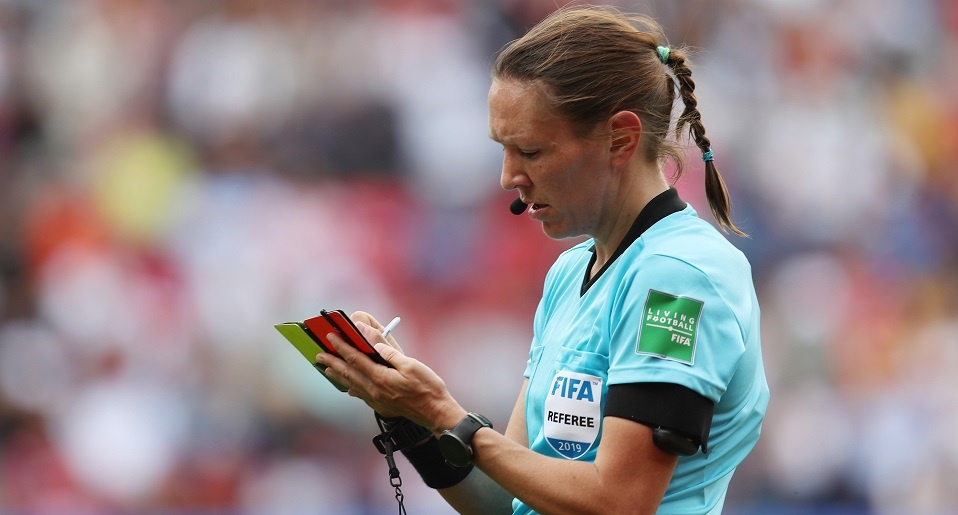 Coming off her recent performance at the FIFA Women’s World Cup France 2019™, Canada Soccer referee Marie Soleil Beaudoin has received a prestigious appointment to the […]

“Marie Soleil-Beaudoin has admirably represented Canada Soccer at the highest stages of world football and this appointment is evidence of the impression that her performances have made,” said Peter Montopoli, Canada Soccer General Secretary. “We were pleased to have been contacted by Fédération Française de Football regarding her availability for their new competition and wish Marie-Soleil the best as she departs for France.”

A FIFA List official since 2014, Beaudoin was appointed to France 2019 and was the referee in charge of four matches including the Semi-Final between Netherlands and Sweden. Beaudoin also refereed the final of the FIFA U-17 Women’s World Cup Uruguay 2018 and the inaugural Canadian Premier League match in Halifax, NS.

Canada Soccer is responsible for the development and training of referees for amateur and professional competitions in Canada. In partnership with our Provincial and Territorial Member Associations and sanctioned professional leagues, Canada Soccer provides development and training opportunities to advance to the national list of referees and nominations to the FIFA list.