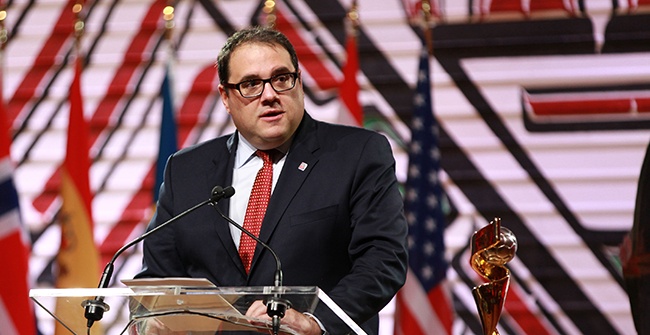 Over the next six months, the committee will develop a package of reform proposals that will be put before the extraordinary elective FIFA Congress

FIFA announced today that Canada Soccer President Victor Montagliani has been appointed by CONCACAF as the region’s representative to the FIFA 2016 Reform Committee.
Over the next six months, the committee, led by Dr François Carrard, will develop a package of reform proposals that will be put before the extraordinary elective FIFA Congress due to take place in Zurich on 26 February 2016. The work of the committee will build on the reform work FIFA has undertaken since 2011, including recent proposals developed by its Audit and Compliance Committee.

The appointment of Dr Carrard, who guided the IOC through its own governance reforms in the wake of the bidding process for the Salt Lake City Winter Olympics in 2002, was made following consultation with the six football confederations, each of which have appointed two representatives to the FIFA 2016 Reform Committee. CONCACAF’s second representative is Samir Gandhi, a partner at Sidley Austin Law, a New York law firm.

“The world of football is changing, and I look forward to being part of that change at FIFA,” said Montagliani. “Football fans have made it clear that comprehensive reform is required at every level of the game. It is now our responsibility to put the proper structures in place to promote transparency and good governance.”

In addition to being Canada Soccer’s 33rd President, Montagliani is also a member of the CONCACAF Executive Committee and was named in May to the Special Committee tasked to evaluate and sustain all of the business operations of the Confederation.