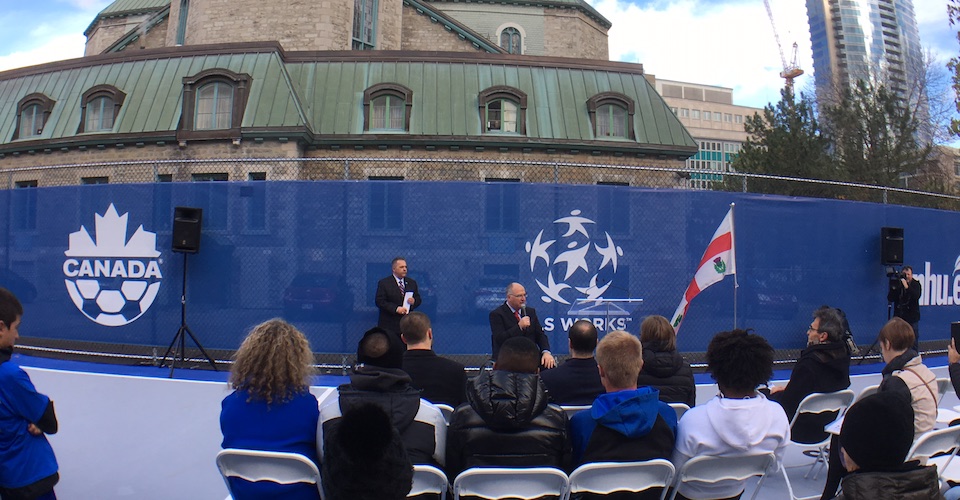 Three new asphalt mini-pitches have been installed in BC, ON and QC with funding from Canada Soccer. The MLS Works 20 for 20 mini-pitch initiative, a partnership with Canada Soccer, Adidas, and Southern New Hampshire University, saw three mini-pitches opened in ceremonies in Squamish, BC, Toronto, ON and Montreal, QC this fall.

“We’re very proud at Canada Soccer to be a part of a project that encourages unstructured play for players of all ages in these communities,” said Peter Montopoli, General Secretary, Canada Soccer. “Particularly for our youth, these unstructured opportunities for play and learning are key to developing a life-long enjoyment of the game.”