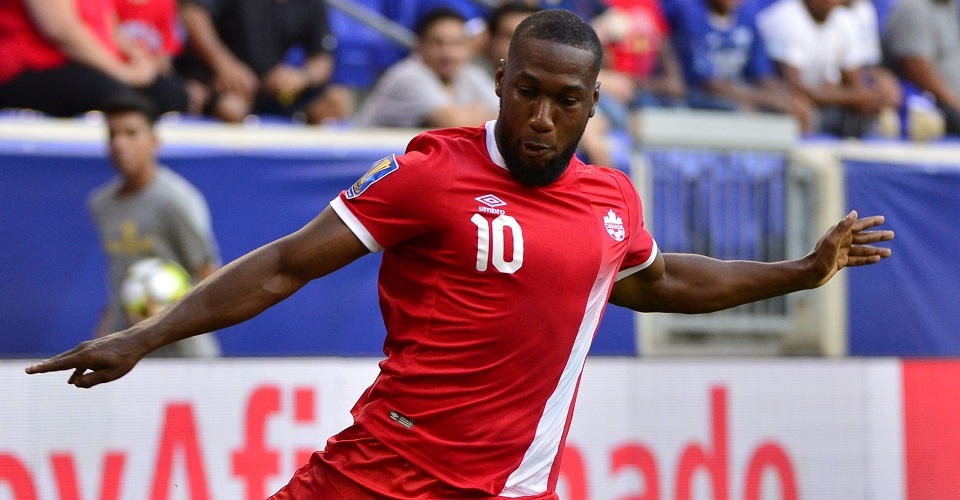 Canada Soccer’s Men’s National Team have opened camp this week in Alliston, Ontario in preparation for a big international test against Jamaica. Head Coach Octavio Zambrano and players have gathered this week to build on the positive momentum from a June home win and a quarter-finals run at the 2017 CONCACAF Gold Cup.

Canada will train at Nottawasaga Inn Resort from Monday through Thursday, an all-in-one training facility just north of Toronto. The Canadian team will then meet media on Thursday afternoon in downtown Toronto and train at BMO Field on Friday. The Canada-Jamaica Men’s International Friendly kicks off at BMO Field on Saturday 2 September at 19.00 local.

“Our guys relish that home support because it makes a big impact and when we play at home we want to play good soccer,” said Octavio Zambrano, Canada Soccer’s Men’s National Team. “The match also presents a rematch from the CONCACAF Gold Cup. They presented a set of challenges for us in July, so we need to use this opportunity to bear down and come up with the victory.”

The Saturday match in Toronto serves as a re-match from the Canada-Jamaica quarter-finals at the 2017 CONCACAF Gold Cup. Tickets to the match start as low as $20 (plus applicable fees) and can be purchased online via Ticketmaster.ca, by phone at 1.855.985.5000, or in person at the BMO Field Box Office. As the match takes place during the Canadian National Exhibition (CNE), all match tickets include free admission to the CNE grounds on match day. Complete ticket details are available at canadasoccer.com/tickets.

The Canada squad features 11 players who got their start in and around Toronto, including David “Junior” Hoilett from Brampton. Hoilett was Canada’s goalscorer in that CONCACAF Gold Cup quarter-final match against Jamaica in July. This will mark his first opportunity to play for Canada in front of family, friends, and fans.

“It will be good to play a game right in their backyard, especially for my grandma, my relatives, friends, and everyone, right on their doorstep,” said Hoilett. “All my family originally came from Jamaica, so it will be great for Canada to get a win over them (in my home debut). My family will be wearing the red kit that day.”

TORONTO! Junior Hoilett has a message for you!
Tickets for the match at @BMOField: https://t.co/ztq4vGK2Ox #CANMNT pic.twitter.com/yG0czqmLfB

Making a big home return is midfielder Atiba Hutchinson, who has led Beşiktaş JK to back-to-back Turkish Süper Lig titles and consecutive qualifications to UEFA Champions League. In Toronto, Hutchinson has helped Canada post five wins and four draws in 10 matches at BMO Field, including four-straight wins from 2012 to 2015. Hutchinson of Brampton, Ontario has won a record five Canadian Player of the Year awards, with the most recent trophy to be presented to him before kickoff on 2 September.

“The inclusion of Atiba is big for us as he has competed at the top level in Europe,” said Zambrano. “It is important that our young guys get to see a guy like Atiba, to see how he trains and performs. Atiba adds a very important ingredient to our dynamic and he will make a big difference.”

In all, Canada’s squad features 13 players who are 24 years or younger. The youngest is teenager Alphonso Davies, a star at the 2017 CONCACAF Gold Cup. Next in line are 20-year old players James Pantemis and David Choinière of Impact Montréal FC.

Canadian players have arrived into Toronto and Alliston this week from professional clubs in Canada, USA, and six European countries. This squad features 11 players from Canadian teams, including several who played Sunday night in the Montréal-Toronto Major League Soccer match.

In 2017, Canada’s overall international record is three wins, three draws, and one loss in seven matches. Jamaica’s 2017 record is four wins, two draws, and four losses in 10 matches, including a second-place finish at the CONCACAF Gold Cup.