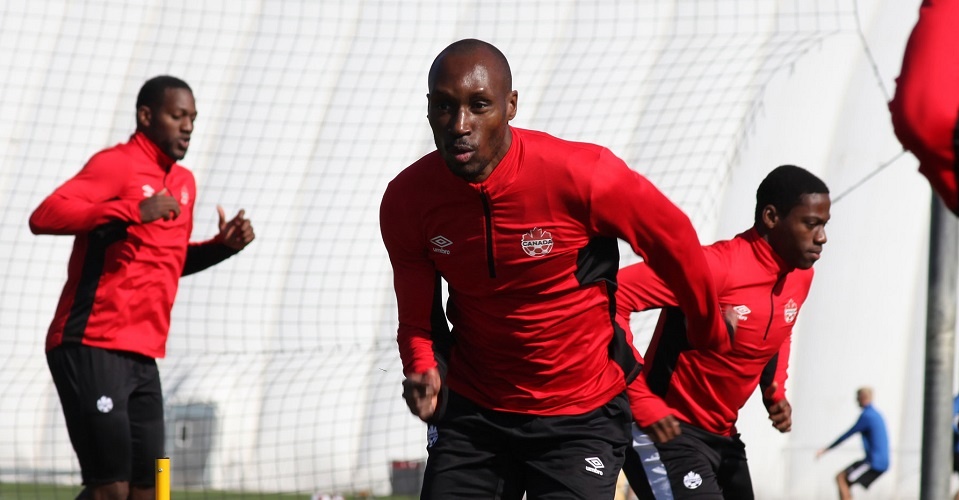 Canadian fans will have an opportunity to watch some of Canada Soccer’s bright young talents and notable veterans when the Men’s National Team laces up for an important Concacaf Nations League Qualifying match at BMO Field in Toronto. The #CanadaRED crowd will be a boost to the Canadian team who are seeking a top-six spot in the competition to qualify for both the 2019 Concacaf Gold Cup and Concacaf Nations League Group A.

Canada is facing Dominica on Matchweek 2 in 2018-19 Concacaf Nations League Qualifying, the second of four matches from September 2018 to March 2019. Tickets to the 16 October match are still available for as low as $20 (plus applicable fees) via Ticketmaster.ca or by phone at 1.855.985.5000. Out of town fans can watch the match across Canada on TSN2 and RDS2 starting at 19.00 ET / 16.00 PT, with additional behind-the-scenes coverage available across Canada Soccer’s digital channels on Facebook, Instagram, Twitter, and YouTube.

“We have come here with our best players and they are all in and fully invested,” said John Herdman, Canada Soccer’s Men’s National Team Head Coach. “They are coming to put on a performance. So for our fans, be part of it, see Alphonso Davies, see Ballou Tabla, see Atiba Hutchinson and some of the most exciting players that Canada has produced.”

“The confidence is buzzing.”

Amongst 34 nations, Canada were in fourth place on goal difference after their first away match in September, a record 8:0 win over US Virgin Islands. The qualifying campaign runs through March 2019, after which the top nations will be ranked on points (three points for a win, one point for a draw), goal difference, goals scored, away goals, and then fewest yellow/red cards accumulated. The top 10 nations qualify for the Concacaf Gold Cup while the top six also qualify for Concacaf Nations League Group A.

Canada’s squad features some familiar local heroes including Toronto FC’s Jonathan Osorio, Premier League star Junior Hoilett, and six-time Canadian Player of the Year Atiba Hutchinson, all of whom grew up in nearby Brampton, Ontario. The squad also features Puebla FC striker Lucas Cavallini of nearby Mississauga, who on Tuesday hopes to make his first international appearance at home in Canada.

Tabla will be one to watch after winning multiple Canada Soccer Youth Player of the Year Awards. He is one of several young players signed to notable clubs in Europe, as is Alphonso Davies of FC Bayern Munich in Germany, Brault-Guillard of Olympique Lyonnais in France, Millar of Liverpool in England, Busti of Juventus in Italy, and Jonathan David of KAA Gent.

HALL OF FAME INDUCTION & PLAYER AWARDS
At half time, the Canada Soccer Hall of Fame will induct Class of 2018 honoured member Tomasz Radzinski. The former Canadian Player of the Year and UEFA Champions League scoring star has come home for the induction after a stellar career that took him from Canada to Belgium, England, and Greece. In 46 international appearances for Canada, he scored 10 goals and eight assists.

Fans are encouraged to arrive to the match early as the first 2,5000 fans will receive a commemorative team poster. Gates are open as of 18.00, approximately one hour before kick-off. Fans are encouraged to show their Canadian pride by wearing their #CanadaRED to support your National Team.

TICKETS
Tickets to the 16 October match start as low as $20 (plus applicable fees) via Ticketmaster.ca or by phone at 1.855.985.5000. There is also a special Me+3 ticket offer in Price Category 2 which gives fans four tickets for the price of three.

OCTOBER’S CANADA SOCCER ACTION
The month of October has featured important international competitions for both the Women’s National Team and Men’s National Team as well as the recently-completed Toyota National Championships for premier amateur clubs. Canada have qualified for the FIFA Women’s World Cup France 2019™ and next will face USA in the 2018 Concacaf Women’s Championship Final on Wednesday 17 October.