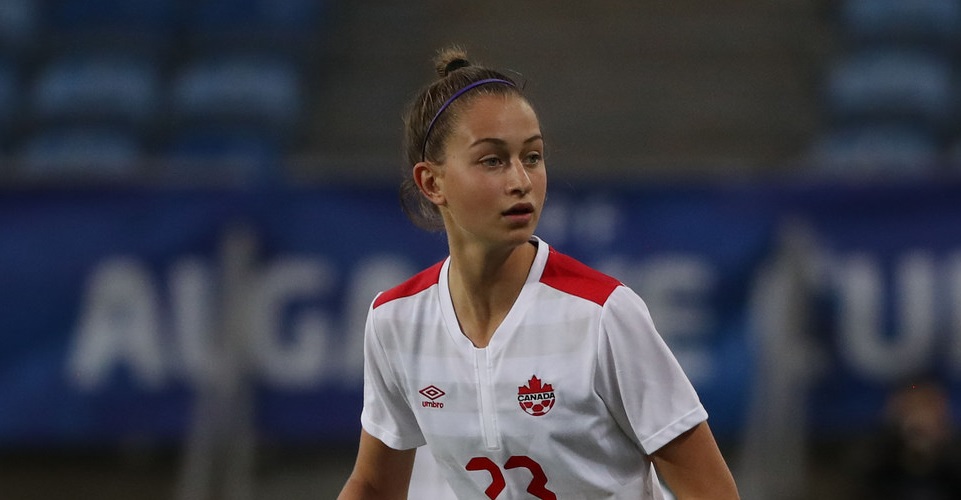 Canada Soccer has invited 13 players into an EXCELeration Camp in Burnaby from 20-28 May ahead of its two home matches 8 June in Winnipeg and 11 June in Toronto.

Canada Soccer’s EXCELeration programme provides opportunities for a small group of targeted players to receive individualized training and development.  For some it is about conducting a thorough assessment of their current abilities and readiness to gain selection for the Costa Rica Series and for others it’s about accelerating their tactical and positional knowledge around the women’s national team playing models, while benefiting from additional time in the National Team camp environment.

“As we look ahead to our qualifying campaigns for both the FIFA Women’s World Cup and 2020 Olympics, our EXCELeration programme will be a critical factor in our success,” said John Herdman, Women’s National Team Head Coach Women’s EXCEL Program Director.  “The players we have brought into this EXCELeration camp ahead of our two home matches in June, have been selected for tailored player development programming that will give them access to specialised services and staff, as they progress towards the Women’s National Team.  Final selections will be made after the camp concludes on the 28th, but we are pleased with what we’ve seen so far and expect to bring at least one of these players into the squad against Costa Rica.”

Of the 13 players invited into the Women’s National Team EXCELeration camp, 11 have come up through Canada’s EXCEL program, while 27-year-old Shannon Woeller and 25-year-old Tiffany Cameron have returned to camp after playing professionally in Germany.

“The EXCELeration strategy was designed to support the squad transition from the 2012 London Olympics to RIO 2016, a period that would see a high turnover of senior players and a reliance on our young talent pool,” said Herdman.   “Many of our current National Team players have benefited from this targeted development approach, which helps young players quickly bridge the gap between youth and senior international soccer.  The programme hones in on their specific development needs in relation to the Women’s International Standards and provides a level of support that many other countries are unable to provide for their targeted future players.  This has been an ‘x-factor’ for Canada as evidenced with the success of our current crop of young stars, and will continue to be as we look ahead to 2019 and 2020.”
Canada Soccer’s EXCELeration programme has already produced nine Women’s National Team players and Olympic bronze medalists, in Kadeisha Buchanan, Ashley Lawrence, Jessie Fleming, Rebecca Quinn, Janine Beckie, Shelina Zadorsky, Nichelle Prince, Deanne Rose, and Gabrielle Carle. The continued alignment of Canada Soccer’s Women’s programming is a key element in delivering future positional requirements for the Women’s National Team as it prepares for the FIFA Women’s World Cup France 2019 and the 2020 Tokyo Olympics.

Individual tickets to the Canada v Costa Rica matches are on sale via Ticketmaster.ca and by phone at 1.855.985.5000 (Buy Winnipeg | Buy Toronto). Fans will be able to take advantage of a special ‘Me+3’ offer in select sections for both matches, by purchasing three tickets in the eligible price category, fans will receive the fourth free. Groups of 10 or more are eligible to receive up to 30% off regularly priced tickets. Canadian Supporters have been allocated a few dedicated sections at both matches, fans wishing to sit in the Canadian supporter sections are encouraged to visit the Voyageurs website for more information and to purchase tickets through thevoyageurs.org. For complete ticket information and to place group ticket requests, visit the event information pages (Winnipeg | Toronto).