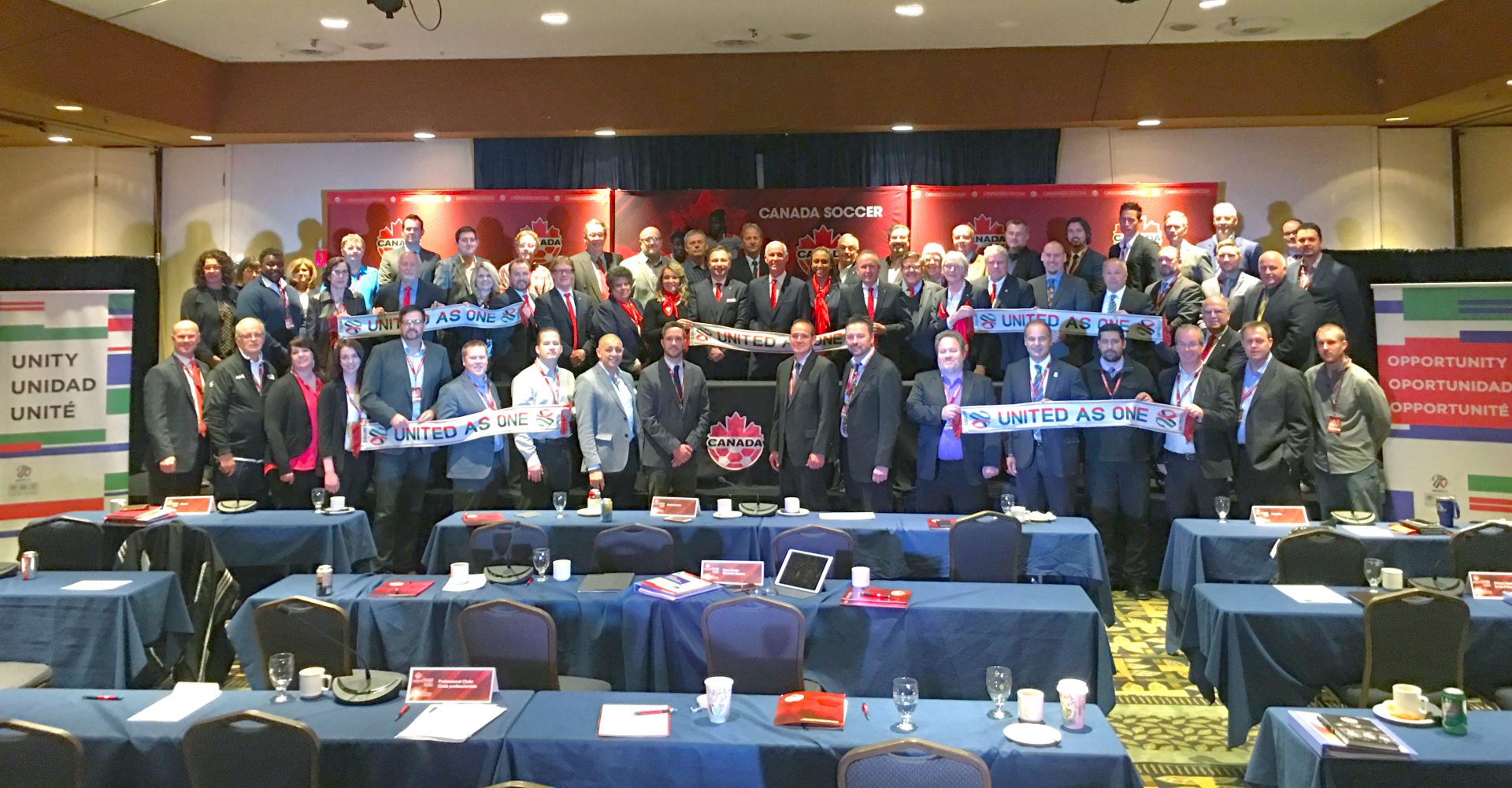 The 2018 Annual Meeting of the Members for Canada Soccer marked its North Star Rising reflecting on its collective goals as it enters a new era for the sport.

The 2018 edition marked two firsts for Canada Soccer with the meeting having never before been held in the Territories and the introduction of two days of development workshops in advance that included the provincial and territorial members association’s Technical Directors along with Canada Soccer’s National Team and Development staff.

Canada Soccer’s Annual Report – North Star Rising – was released as part of the meeting outlining the successful collaboration between Canada Soccer and its member provincial and territorial associations and professional club members as a Leading Soccer Nation. It can be viewed here.

Benchmarks for the past year included Canada Soccer’s strong technical leadership, national team success and full alignment, acceptance into membership of the Canadian Premier League, and continued momentum to secure the 2026 FIFA World Cup™ as part of the United Bid with Mexico and the United States.

Elections for the Canada Soccer Board of Directors were held as part of the proceedings with Dr. Nick Bontis re-elected as Vice-President along with Charlie Cuzzetto as Director, British Columbia/Yukon, and Paul-Claude Bérubé as Director, Québec.

“It has been another landmark year for Canadian soccer as we continue to grow the game from coast to coast to coast with our North Star Rising now more than ever. We would like to thank the membership for their commitment and passion to ensure that as a collective we are a Leading Soccer Nation,” said Steven Reed, President, Canada Soccer.  “Today’s acceptance of four new professional clubs bringing the association to its highest ever total of 11 is a clear indication of the strength and potential for the game in our country”.

The meeting concluded with a show of unity for the 2026 United Bid of Canada, Mexico and the United States with the entire membership unanimously supporting the United Bid as it nears the final decision for the awarding of  the 2026 FIFA World Cup™ at the June 13 FIFA Congress in Moscow.

Canada Soccer also announced that the location for the 2019 Annual Meeting of the Members will be Quebec City, QC.