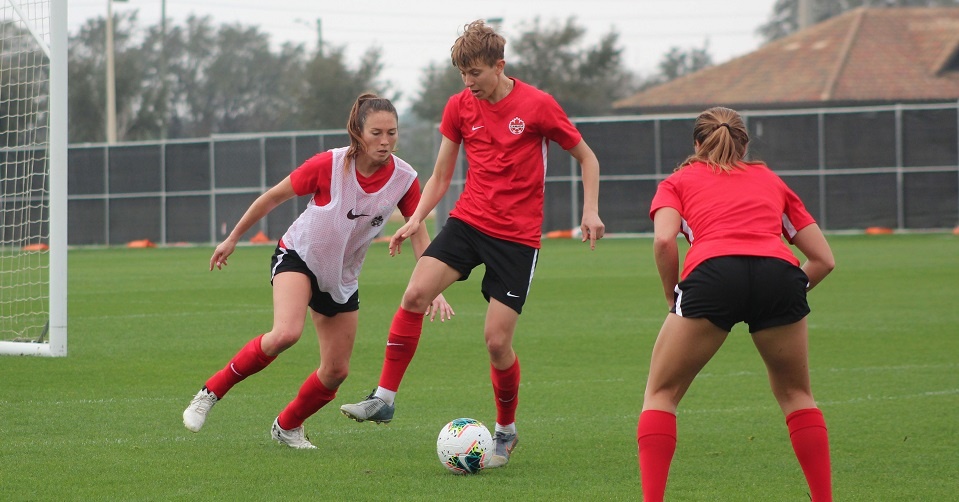 Canada Soccer have kicked off their 2021 season on the pitch with the Women’s National Team pre-tournament camp ahead of the 2021 SheBelieves Cup. The February camp is taking place in a closed setting near Orlando, FL, USA ahead of international matches against USA, Argentina and Brazil as Canada Soccer prepares for the Tokyo 2020 Olympic Games.

This marks the sixth edition of the international tournament, with all three Canada matches to be broadcast live by One Soccer and as a special presentation on CBC.

Recently added to the Canada Soccer squad for the pre-tournament camp were Lindsay Agnew of NC Courage, Victoria Pickett of Kansas City NWSL, and Sarah Stratigakis from the University of Michigan. Canada’s final 23-player roster for the 2021 SheBelieves Cup will be released in the days leading up to the opening match on 18 February.

Despite a concerted effort from Canada Soccer to secure Kadeisha Buchanan of Olympique Lyonnais as well as Jordyn Huitema and Ashley Lawrence from Paris Saint-Germain FC to represent Canada in the 2021 SheBelieves Cup, these players will not be released by their clubs for the upcoming FIFA international window and, as such, will not be available to participate in the tournament.

“Given the new roster realities, what a great opportunity for players to rise up and show that they can compete at this Olympic level”, said Bev Priestman, Canada Soccer’s Women’s National Team Head Coach. “The tournament will be used to assess the player pool and players’ readiness to achieve our goals at the Olympic Games. Ultimately this sort of competition is exactly where we all want to be, pushing ourselves as we move forward in this journey.”