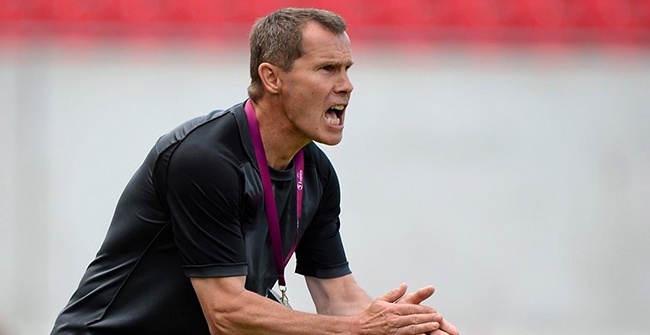 Canada Soccer is pleased to announce the hiring of Jarmo Matikainen as Women’s National Team Assistant Coach. Matikainen will join the team in China to continue preparation for this summer’s FIFA Women’s World Cup Canada 2015™.

“Jarmo’s appointment will bring new experience and passion to the Canadian Women’s National Team and Women’s EXCEL Program,” said John Herdman, Head Coach of Canada’s Women’s National Team and Director of the Women’s EXCEL Program. “With this appointment we wanted to ensure we found somebody that not only had deep coaching experience at the international level but also somebody that was truly passionate and knowledgeable about the women’s game.”

Matikainen is a Finnish football player and coach who had been managing the Wales women’s national team since 2010. Under his guidance as the team’s first ever full-time head, the group jumped 15 spots in the FIFA World Rankings. Holder of a UEFA Pro Licence, he was also responsible for overseeing the Welsh U-17 and U-19 teams while developing the overall strategy for women’s football for the nation.

“I am very proud to have the opportunity to join Canada’s Women’s National Team and Canada Soccer,” said Matikainen. “I look forward to working together with John, with all the other members of the staff and with the players. It is a big year for football in Canada and it is a privilege to be part of the Canadian football family.”

In addition to his UEFA Pro Licence obtained in 2002, Matikainen holds a Master’s degree in history, politics, social sciences and pedagogy. He also completed training at the Vierumaki Academy of Sport Leadership and Management in 2009 and has a Pro Licence from Finland.

Matikainen will join Canada’s Women’s National Team as Assistant Coach, under the leadership of Head Coach John Herdman, until the end of 2016.

The addition of the experienced Matikainen will complement recent changes in the women’s program structure. Daniel Worthington will move to a lead role as the Women’s EXCEL Program U-18/U-23 Director and take over the position of Women’s U-20 Team Head Coach left vacant following Andrew Olivieri’s recent departure.

Canada is one of 24 finalists for this summer’s FIFA Women’s World Cup Canada 2015™, which will be played from coast to coast across Canada from 6 June to 5 July. As hosts, Canada will kick off the tournament on 6 June in Edmonton in the opening group match against China PR.