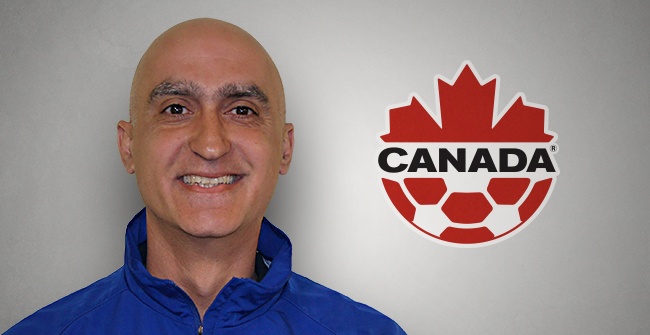 In this role, Raymond will have the responsibility of working with the Provincial and Territorial Associations to manage the implementation of a development plan for Canadian officials that will focus on delivering excellence at all levels of the game. He will be instrumental in devising and delivering a clear pathway for officials’ development that compliments and is aligned with the Canada Soccer Player Pathway.

“Anyone who has met Isaac is aware of his dedication to the training and mentoring of officials from grassroots to National/International levels,” said Tony Fonseca, Technical Director, Canada Soccer. “We are in capable hands as our Referee Department continues the task, in partnership with our Provincial and Territorial Member Associations, of elevating our officials across the country to their peak potential.”

Before joining Canada Soccer, in addition to being a FIFA Futuro III referee technical and fitness instructor and national assessor, Raymond has served as District Referee Coordinator for the Toronto Soccer Association and was in charge of the Ontario Soccer Association’s Advanced Referee Training Program. He has also been a National List Official between 2005 and 2008 and represented Canada in various international, NASL, University Championships and Canadian National Club Championships throughout his career.

Raymond will be based out of Canada Soccer’s Toronto office.