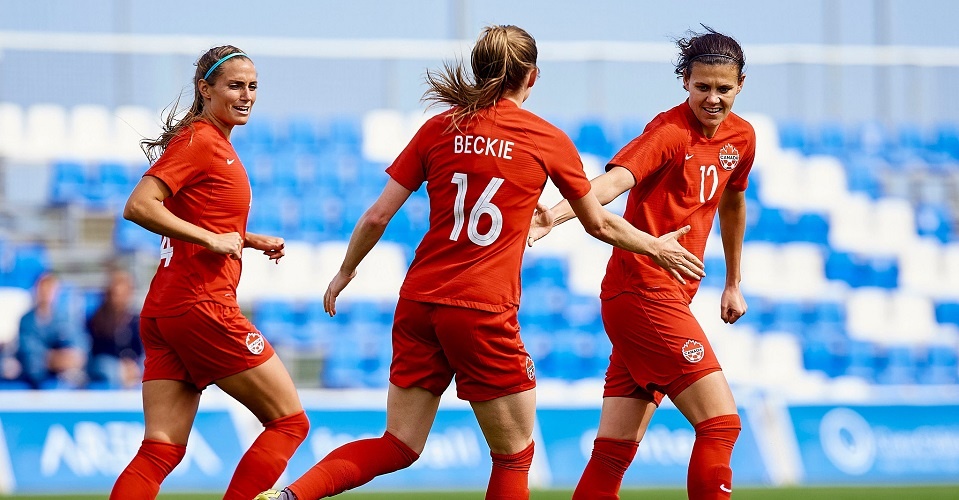 Canada Soccer have announced their squad for the upcoming Four Nations Tournament that will take place in Yongchuan, China. The matches in the November FIFA window […]

Canada Soccer have announced their squad for the upcoming Four Nations Tournament that will take place in Yongchuan, China. The matches in the November FIFA window will help Canada continue its preparation for the Concacaf Women’s Olympic Qualifying Tournament which will be played in January/February 2020.

Canada’s November roster will feature the majority of their FIFA Women’s World Cup squad, along with 15-year-old midfielder Olivia Smith, a first-time call up to the Women’s National Team, and midfielder Maegan Kelly who is being called into camp for the first time since March 2018. In all, Canada will have 23 players in camp, including players from professional clubs in the National Women’s Soccer League, England, France, Sweden, and Italy.

“It’s great to have these Women’s National Team matches in November as we prepare for the Concacaf Women’s Olympic Qualifying Tournament,” said Kenneth Heiner-Møller, Canada Soccer’s Women’s National Team Head Coach. “The China tournament features semi-finals and a final, so we will really get that tournament feeling.  It is the second time this fall we will travel to the region where the 2020 Summer Olympic Games will be held, and despite the long travel and limited sessions in advance of tournament play, the benefits of playing two matches in a tournament setting against top international opponents in Asia outweighs the challenges.”

CANADA PREPARE FOR CONCACAF OLYMPIC GAMES QUALIFIERS
This will be the 21st international meeting between the Canada and Brazil since they first met in 1996. Canada won 1:0 over Brazil at TD Place in Ottawa on 2 September 2018, the most recent meeting between the two nations. Two years before, Canada defeated host nation Brazil in the bronze medal match at the Rio 2016 Olympic Games to secure back-to-back podium finishes at the London 2012 and Rio 2016 Olympic Games. Canada earned the distinction of becoming the first Canadian team to win back-to-back medals at the Summer Olympic Games since 1908 as well as the first-ever women’s Canadian team to repeat on the podium.

Nichelle Prince was the goalscorer in the last international meeting in 2018, while Deanne Rose and Christine Sinclair scored in the bronze medal match against Brazil at Rio 2016.

At the FIFA Women’s World Cup France 2019, Canada had the third youngest national teams with an average age of 25 years, 3 months. With the addition of 15-year-old Olivia Smith to the November squad, Canada will dress six players aged 21 or younger.

“These young Canadian players are good enough and when the path presents an opportunity for them to grow as individuals, they should be there in our squad,” said Heiner-Møller. “We are constantly monitoring a pool of 40-50 players for this year and future years, so we also hope that these young players can take those valuable lessons from the Women’s National Team back home to our Regional EXCEL Centres across the country.”

So far this year, Canada have posted a record of seven wins, three draws and three losses in 13 international matches. Reaching back to September 2018, Canada’s record is 12-3-4, with three of these losses against the top three nations from the FIFA Women’s World Cup France 2019™ (USA, Netherlands and Sweden). Earlier this year, Canada posted a 10-match unbeaten streak, the second longest in program history.