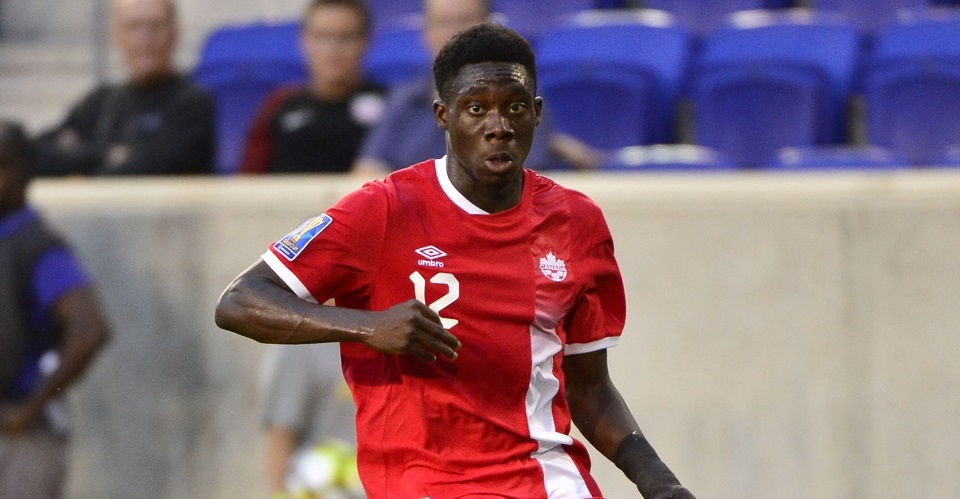 Canada Soccer have announced their Men’s National Team squad for the start of 2018-19 Concacaf Nations League Qualifying that kicks off Sunday 9 September. Head Coach John Herdman and his staff have put together an exciting squad that includes established stars and some of Canada’s next generation of bright young stars. The squad will gather on Monday 3 September during the international window in preparation for the opening match against US Virgin Islands.

“It’s a great time and this is a talented group: it’s a period in time where every match matters, adding the sort of pressure that will help bind the group tighter,” said John Herdman, Canada Soccer’s Men’s National Team Head Coach. “There is no life in between anymore, that line was burned  brightly into the culture in our first camp in March 2018. We know what we are here to do and as a group we will either choose to take this team to another level or we won’t, it’s that clear. This is a talented group who have a real shot at qualifying for Qatar 2022.”

Canada face US Virgin Islands in the opening match of 2018-19 Concacaf Nations League Qualifying on Sunday 9 September in Bradenton, FL, USA. It is the first of four matches in the series, with Canada back at home on 16 October against Dominica, away against St. Kitts and Nevis on 18 November, and then back home on 26 March 2019 against French Guiana.

“It’s more meaningful matches more often,” said Herdman. “It’s exciting to bring a group of men together where there is real expectation, scrutiny and consequences which ultimately will drive the performance levels up. Knowing you have to win matches sharpens the focus; it breeds both competition for places and a togetherness.”

The squad also features attacking star Alphonso Davies from Vancouver Whitecaps FC. Davies was the 2017 Concacaf Gold Cup Top Scorer and Best Young Player in his first season with Canada Soccer’s Men’s National Team. Davies, still the youngest player in the Canada squad, recently signed a MLS-record deal with FC Bayern in Germany with whom he will join after the 2018 Major League Soccer season.

NEXT GENERATION
The Canada squad also features four players who have yet to make their international “A” debuts as well as four other players with less than a handful of appearances. Potential debutants are fullback Zachary Brault-Guillard, goalkeeper Alessandro Busti, centre back Derek Cornelius, and forward Jonathan David. All four have represented Canada at the international youth level and only Cornelius has had a previous call up to the Men’s National Team in March of this year.

All four potential debutants are currently playing in Europe, with Brault-Guillard in the Olympique Lyonnais program in France, Busti at Juventus with the Primavera squad in Italy, Cornelius with FK Javor Ivanjica in Serbia, and David with KAA Gent in Belgium.

In addition, winger Liam Millar of Liverpool FC U-23 and midfielder Jonathan Wotherspoon of St. Johnstone FC made their international debuts in March 2018, with Millar the man of the match in the Canada 1:0 win over New Zealand. Both midfielder Jay Chapman and goalkeeper Maxime Crépeau have made just two international appearances.

In all, Herdman has called five teenagers into camp, with Davies the fifth in that young group alongside Brault-Guillard (19), Busti (18), David (18) and Millar (18). Cornelius, meanwhile, is just 20 years old.

BACK HOME IN OCTOBER
Following the away match on 9 September, Canadian fans will have a chance to cheer on their home side when Canada face Dominica in Toronto on 16 October in the second match of 2018-19 Concacaf Nations League Qualifying. Tickets to the match start as low as $20 (plus applicable fees) via Ticketmaster.ca or by phone at 1.855.985.5000. Group discounts are available by organising a group of 10 or more tickets, giving fans a discount of up to 30% off the regular price. There is also a special Me+3 ticket offer in Price Category 3 which gives fans four tickets for the price of three.

“There’s a real focus that you have to win matches & every win will have Concacaf ranking points.”

VIDEO John Herdman on #CNLQ2018 in Toronto this October 16th