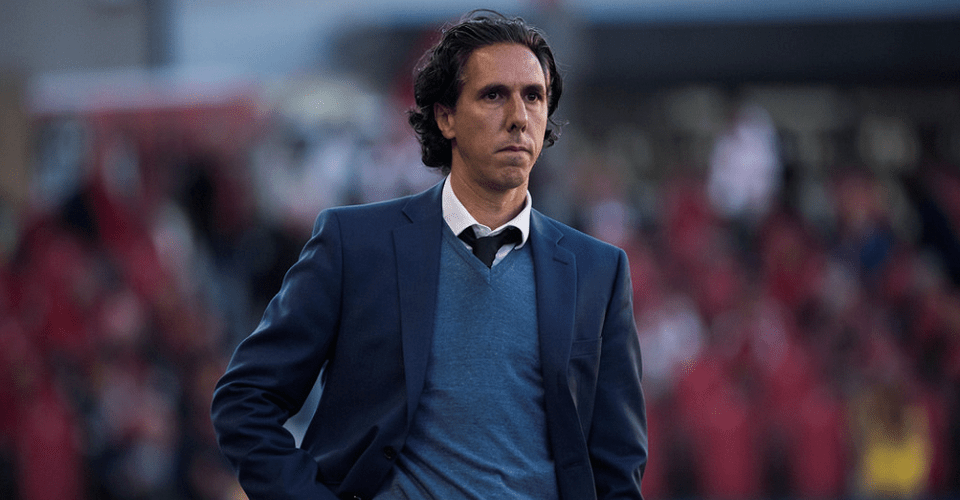 “Mauro has a deep passion for soccer in this country,” said John Herdman, Canada Soccer Men’s National Team Head Coach. “Having represented Canada on a number of different levels and having both played and coached with a Canadian professional team, he brings a unique perspective, in-depth experience and a wisdom that will greatly influence Canadian soccer for years to come.

“Most importantly, Mauro shares Canada Soccer’s vision of aligning our Men’s National Team Program. His role will focus greatly on graduating young players through the EXCEL system to the Men’s National Team and ensuring they have success at the senior level, which is one of the most critical factors for future Canadian success on the international stage.”

“It means a lot to me to represent this country; I feel privileged to be part of Canada Soccer’s Men’s National Team Program and I feel that something special is happening in Canadian soccer,” said Mauro Biello, newly-appointed Canada Soccer Men’s EXCEL U-23 Program Director and Men’s National Team Assistant Coach.  “As a kid you always dream of playing in the FIFA World Cup™ and representing your country. I was lucky enough as a player to represent Canada at both the youth and senior levels, so now I am thrilled that my career has evolved into coaching and that I have the opportunity to work alongside John and be part of the Canada Soccer Men’s National Team Program.”

“We are honoured to have one of Canada’s top coaches join our Men’s National Team Program,” said Steven Reed, Canada Soccer President.  “Mauro has long set a standard to aspire to and his experience and professionalism are ideal for this role with both our EXCEL Program and Men’s National Team.  Mauro’s experience as a player and coach will be key to the development of our long term approach for a fully aligned National Men’s Team Program that will produce more elite players by design, rather than chance.”

Biello’s role includes overseeing and guiding Canada’s high-level youth players throughout the provinces, academies and professional teams. He will work with Canada Soccer’s various partners to ensure the pathways for these young, talented players are best suited for each player and that the players are put in the right environment to help push them to the highest level – playing for Canada Soccer’s Men’s National Team.

“This sport is growing so much in Canada and it’s great to see how it has developed over the years, but now is the time to put Canadian talent to work in an aligned environment and see these players push their limits and get to the next level,” said Biello. “We want to see Canada consistently win on the international stage so it’s going to take a lot of hard work. We know there are a lot of talented young players and it’s our job to put them into the right conditions to succeed.

As a player, Biello represented Canada at the men’s youth level including the FIFA U-17 World Cup Scotland 1989. He then made his debut for Canada Soccer’s Men’s National Team at 23 and went on to represent Canada in two cycles of FIFA World Cup™ Qualifiers, ultimately making four “A” appearances.

At the professional level, Biello won a Canadian Championship, a USSF Open Cup, and USL-1 Division Championship. After making his debut in the Canadian Soccer League, he became an original member of Montréal Impact and went on to set franchise records for goals and appearances. He was twice named a A-League/USL-1 League First Team All-Star and he was a two-time Québec Soccer Player of the Year.

After joining the Impact coaching staff in 2009, he helped the team win back-to-back Canadian Championships in 2013 and 2014 as Assistant Coach. He then took over the reigns as Head Coach on the Impact’s memorable CONCACAF Champions League run to reach the 2015 Grand Final. In Major League Soccer, he helped Montréal reach the Eastern Conference Semi-final in 2015 and Eastern Conference Final in 2016.

Canada Soccer’s Men’s National Team will face New Zealand on 24 March during the upcoming FIFA international window. The two sides will meet in Murcia, Spain for the Saturday afternoon match at Pinatar Arena. This fixture will be the first official match with John Herdman at the helm of the Men’s National Team since he was announced as Head Coach and Program Director on 8 January 2018.

For the most up-to-date news on Canada Soccer’s Men’s National Team, click here.