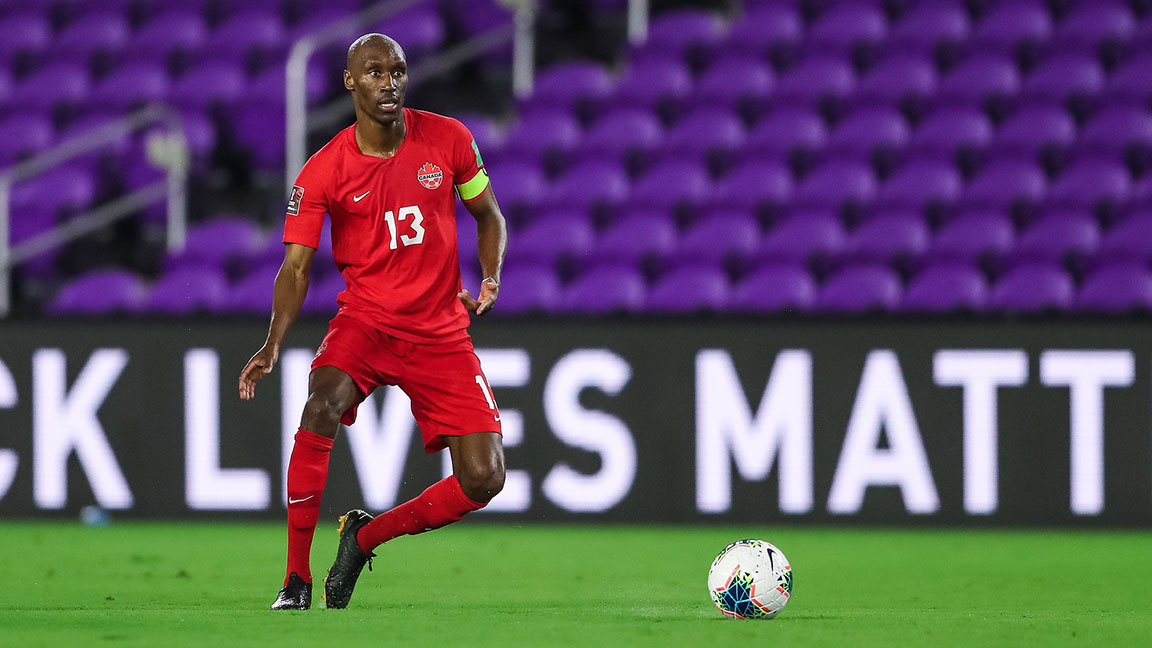 Canada Soccer’s Men’s National Team will look to continue their momentum and bring their play to another level when they open the Concacaf Final Round of FIFA World Cup Qualifiers in September with two matches at home in Toronto and one away in Nashville. The Canada squad for these three matches features an exciting group of players who are prepared to push Canada to the next level after reaching the Concacaf Final Round for the first time in nearly 25 years.

“These men know they have a great opportunity to play in front of our fans for the first time in nearly two years, but more importantly the chance to get our campaign off to a great start in the next round of FIFA World Cup Qualifiers,” said John Herdman, Canada Soccer’s Men’s National Team Head Coach. “There’s been a lot of competition for places in this selection, so assembling this squad posed some nice problems for a coach.”

Tickets for Canada’s two home matches at BMO Field in Toronto are available via Ticketmaster.ca, with the first match on Thursday 2 September against Honduras and the next match on Wednesday 8 September against El Salvador. In advance of the highly anticipated matches, tickets for the two games are selling quickly, with limited inventory across several price points. Fans in attendance will be required to follow BMO Field COVID-19 protocols and guidelines, with more information available via BMOField.com.

“The fans will make the difference and they always do,” said Herdman. “BMO Field in Toronto has been our fortress and with the fans support, we intend to keep it that way.”

Davies and David are in fact the two youngest players in the Canada squad at 20 and 21. Davies of FC Bayern München in Germany is a Bundesliga and UEFA Champions League winner while David of Lille OSC in France in a Ligue 1 winner. Davies and David are two of five Canadians aged 23 or younger in the September squad alongside Tajon Buchanan of New England Revolution, Alistair Johnston of Nashville SC, and Liam Fraser of Columbus SC. Buchanan, the 2020 Canadian Youth International Player of the Year and 2021 Concacaf Gold Cup Young Player Award winner, will join Club Brugge in January after a club-record transfer from his MLS club to Belgium.

Hutchinson, who has started his ninth season at Beşiktaş JK in Turkey, ranks second in Canada’s record books with 85 career Men’s National Team international “A” appearances, just five back of all-time leader Julian de Guzman. Midfielder Hutchinson is one of five players with 40 or more appearances in the September squad alongside Samuel Piette of CF Montréal (57), goalkeeper Milan Borjan of Red Star Belgrade (53), Jonathan Osorio of Toronto FC (42), and Beşiktaş teammate Cyle Larin (40).

Other key experienced players presently with European clubs are Junior Hoilett of Reading FC in England, Steven Vitória of Moreirense FC in Portugal, and David Wotherspoon of St. Johnstone FC in Scotland. Younger stars in Europe and Asia are Samuel Adekugbe of Hatayspor FC in Turkey, Stephen Eustáquio of FC Paços de Ferreira in Portugal, Doneil Henry of Suwon Samsung Bluewings in Korea Republic, and Scott Kennedy of SSV Jahn Regensburg in Germany.

CANADA SOCCER’S MEN’S NATIONAL TEAM PROGRAM
Canada has built plenty of momentum in a landmark year for the Men’s National Team Program that will feature a record 19 international matches including FIFA World Cup Qualifiers and the Concacaf Gold Cup. Canada have already played 11 of those 19 matches, posting a record of 9-0-2 with six clean sheets and a record 42 goals scored. Canada also set a record with eight consecutive wins and reached the Concacaf Gold Cup Semifinals for the first time since 2007.