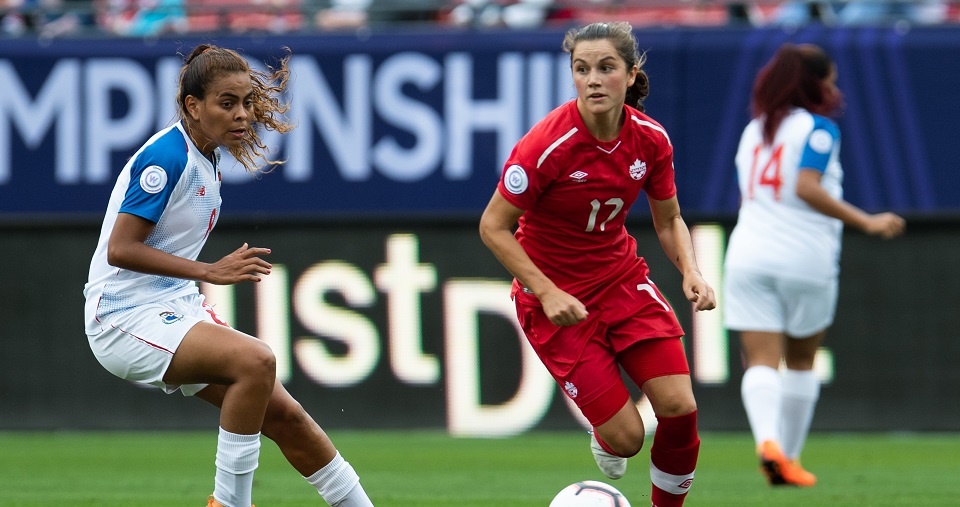 Having achieved its primary goal of qualifying for the FIFA Women’s World Cup France 2019™, Canada is now getting ready to take on the current World […]

“It’s a big rivalry. I am looking forward to this.  It’s what we as coaches and players live for – to play these matches,” said Heiner Moller. “We came here to qualify first, but we have been focused on this match for a few days and we intent to bring our Canadian DNA to the pitch and put it all out there.  We are now ten months away from the biggest event in women’s sport and getting the chance to play the reigning champions is an excellent opportunity to test ourselves as we begin to look towards France 2019.”
Canada have played the USA 59 times since 1986, most recently in a two-game series in 2017 that saw Canada draw the reigning FIFA Women’s World Cup Champions 1-1 on home soil in Vancouver before falling 3:1 in San Jose in the return leg.  Long a powerhouse in the women’s game, the USA have seen nations including Canada rise in the ranks and steadily threaten their current number one ranking. Canada’s last five games against the USA have resulted in two ties and three losses with close scoring lines.

“Anytime you are talking about Canada versus the USA you are talking about two teams that want to beat each other and aren’t going to give up a centimeter on the field to each other,” said veteran midfielder Diana Matheson. “They are always great games against the USA and it’s a rivalry, it’s a derby, and especially with this away crowd for us I think we relish that opportunity.”

Both teams are in the unique position of having won the competition the last time they both competed in it with Canada winning in 2010 and the USA winning in 2014.  Canada did not participate in 2014 as hosts for the FIFA Women’s World Cup Canada 2015™.

Canada Soccer’s Women’s National Team
Canada are two-time Olympic bronze medal winners (2012 and 2016) and two-time CONCACAF champions (1998 and 2010). In all, Canada will have participated in seven consecutive editions of the FIFA Women’s World Cup (1995 to 2019) and three consecutive editions of the Women’s Olympic Football Tournament (2008 to 2016). At Rio 2016, Canada Soccer’s Women’s National Team were the first Canadian Olympic team to win back-to-back medals at a summer Olympic Games in more than a century and the only FIFA Member Association to repeat on the podium.