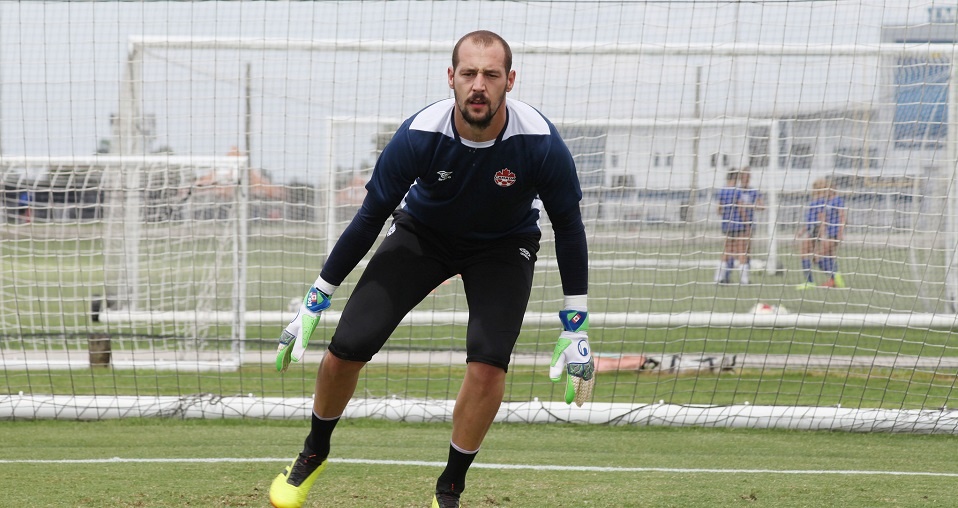 The road to Qatar 2022 begins with a new international competition pitting Concacaf’s 40 national teams against each other in Concacaf Nations League. Canada will begin […]

The road to Qatar 2022 begins with a new international competition pitting Concacaf’s 40 national teams against each other in Concacaf Nations League. Canada will begin their journey with a series of four qualifying matches from September 2018 to March 2019 across four international windows.

Canada will face US Virgin Islands in the first match this Sunday 9 September followed by a home match against Dominica in Toronto on 16 October. Canada then face St. Kitts and Nevis on 18 November 2018 and French Guiana on 26 March 2019.

The September match kicks off at 16.00 local at IMG Soccer Center in Bradenton, FL, USA. In Canada, the match will be broadcast by Concacaf on OZ.com/concacafnationsleague (16.00 ET / 13.00 PT). In addition, exclusive behind-the scenes content and post-match commentary is available on Canada Soccer’s digital channels including Facebook, Instagram, Twitter, and YouTube.

“For the first time, there is a run of games that are genuinely meaningful, a series of games that brings with it a level of expectation, scrutiny and consequence for the players,” said John Herdman, Canada Soccer’s Men’s National Team Head Coach. “These games will help prepare a mindset for the team, it will help prepare the group with a very deliberate focus. It’s a genuine start of a journey.”

The new Concacaf Nations League competition also serves as the qualification route for the 2019 Concacaf Gold Cup, with the top 10 nations joining the six seeded nations in the competition’s upcoming, expanded 16-nation format.

Points across the four qualifying matches (three points for a win, one point for a draw) will determine which nations advance to Group A, Group B, or Group C. For nations that are tied on points after the March matches, the tie breakers are goal difference, goals scored, away goals, lowest number of yellow/red cards, and then (if still tied) drawing of lots.

For more information on the Concacaf Nations League format and Canada Soccer’s place in it, read our FAQ.

To help Canada’s drive towards Qatar 2022, Herdman has brought together a confident group of determined footballers. The Canada squad features a mix of passion and experience as well as youth and fearlessness.

“This is an exciting roster, that’s for sure,” said Herdman. “In speaking with the players leading into this game, everyone was fully committed. We have been able to share our vision through Concacaf Nations League and the new Concacaf competition landscape which has got the group excited. They know that every match is a critical game now. They are clear that we have to perform in every game to progressively move through this new competition approach.”

“This is one step closer to 2022 & every piece of energy projected is helping us on that road.”

VIDEO John Herdman on #CNLQ2018 in Toronto this 16 October

The 9 September match will be the first-ever international “A” meeting between Canada and the US Virgin Islands. While Canada won their first match of the 2018 season (a 1:0 win over New Zealand in Herdman’s debut), US Virgin Islands will be making their first appearance since FIFA World Cup Qualifiers in 2016. US Virgin Islands won one of four matches that year, a run that included a 2:1 win over Sint Maarten and then an added-time 1:2 loss to Grenada.

“You have to really be focused and be switched on because you can’t take anything for granted,” said Junior Hoilett, Canada’s winger who plays professionally in the English Premier League at Cardiff City. “Our opponents have nothing to lose and that can put a lot of pressure on us to get the results we want. We have to be switched on and play as a unit.”

Indeed, the Canada squad boasts plenty of confidence and team spirit. There is also some exciting young talent, including several young players that helped Canada’s U-21 side finish in sixth place at the iconic Toulon tournament in June. These young players will be a driving force for Canada as they establish a new, winning culture on the road to Qatar 2022.

“Every match internationally is tough, but we want to build a culture and we want to start having players that have shared experiences, tough experiences and enjoyable experiences,” said Herdman. “We are starting to build a culture, a brotherhood, and chemistry that will serve us well when we can advance to the Concacaf Gold Cup and we start to move into the tougher matches in the next round of Concacaf Nations League.”

BACK HOME IN OCTOBER
Following the away match on 9 September, Canadian fans will have a chance to cheer on their home side when Canada face Dominica in Toronto on 16 October in the second match of 2018-19 Concacaf Nations League Qualifying. Tickets to the match start as low as $20 (plus applicable fees) via Ticketmaster.ca or by phone at 1.855.985.5000. Group discounts are available by organising a group of 10 or more tickets, giving fans a discount of up to 30% off the regular price. There is also a special Me+3 ticket offer in Price Category 3 which gives fans four tickets for the price of three.