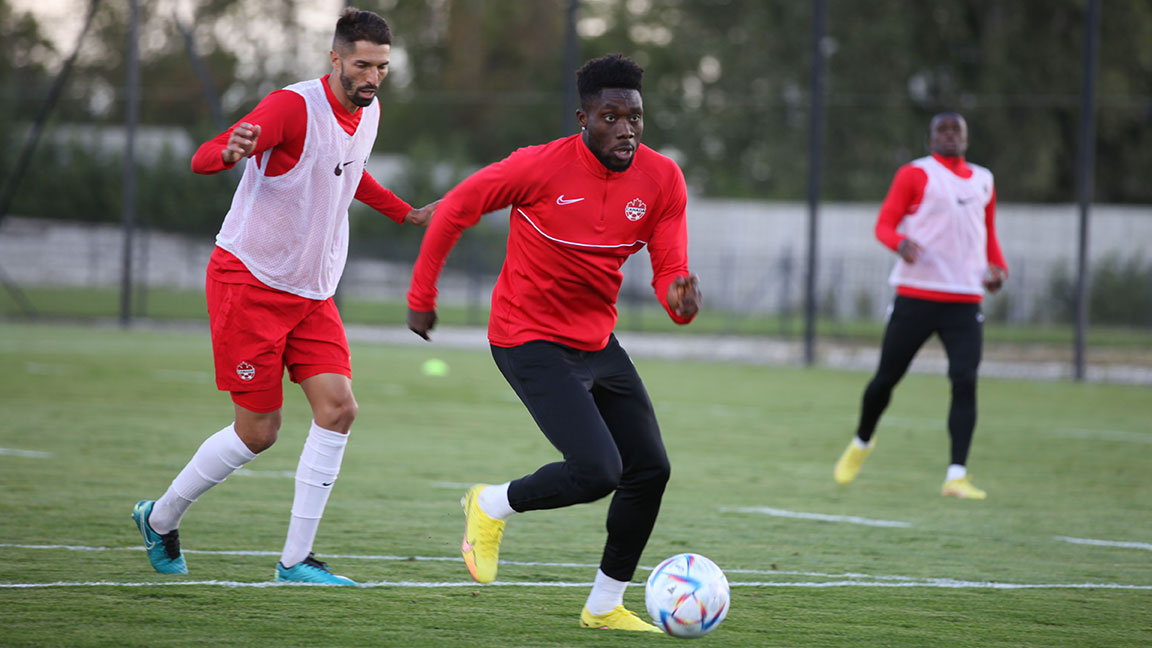 As Canada Soccer’s Men’s National Team prepares for the FIFA World Cup Qatar 2022™, matches against Qatar on Friday 23 September and Uruguay on Tuesday 27 September will help the squad build upon recent success.

After a successful camp in June, the 26-man roster is working hard to achieve their expectations. Centre back and veteran Steven Vitória said that the team is going to be tested, but they accept that challenge with a winning mentality.

“Since coach John [Herdman] and his staff have come in, the mentality has changed,” said Vitória. “So much has changed in a positive way and we’re going to continue growing.”

Canada’s September matches will be broadcast live on OneSoccer, available as a linear channel on Telus’s Optik TV (Channel 980) as well as online at OneSoccer.ca, through the OneSoccer app and on the fuboTV Canada platform. The Friday match kicks off at 13.00 ET / 10.00 PT (19.00 local) while the Tuesday match kicks off at 12.00 ET / 09.00 PT (18.00 local). Fans will find extended coverage for the matches across Canada Soccer’s digital channels on Facebook, Instagram, Twitter, and YouTube featuring the hashtag #CANMNT.

Friday’s match against Qatar will be a test against the host team of the FIFA World Cup. Herdman, Canada Soccer’s Men’s National Team Head Coach, said Uruguay will be a higher level of competition than Canada has faced before, with high-valued players in Real Madrid midfielder Federico Valverde and Liverpool forward Darwin Núñez.

These matches will imitate the competition that Canada will face in the group stage of the FIFA World Cup, where they’ll compete against Belgium, Croatia and Morocco.

“It’s an underdog story for us in those games,” said Herdman. “It’s just real excitement and an opportunity to go out and be brave, courageous, test ourselves and take a step forward for Canada … as a football nation.”

Herdman said that there are a lot of positive factors that are making the squad selection process very competitive, mentioning Theo Corbeanu’s recent performances with Blackpool FC. Tajon Buchanan will also join the team against Uruguay. His trip is ”more for an experience” according to Herdman, as Buchannan will have limited minutes coming back from an injury.

Herdman is confident that his side will match the quality of high-valued teams and that they are doing things differently to adapt to world football as they prepare for November.

“It’s about enjoying the moment, it’s about recognising that we’re the first Canadians in a long time to go into this new terrain and to embrace that experience,” said Herdman. “It’s about trusting the process, taking it step by step and closing the gaps.”