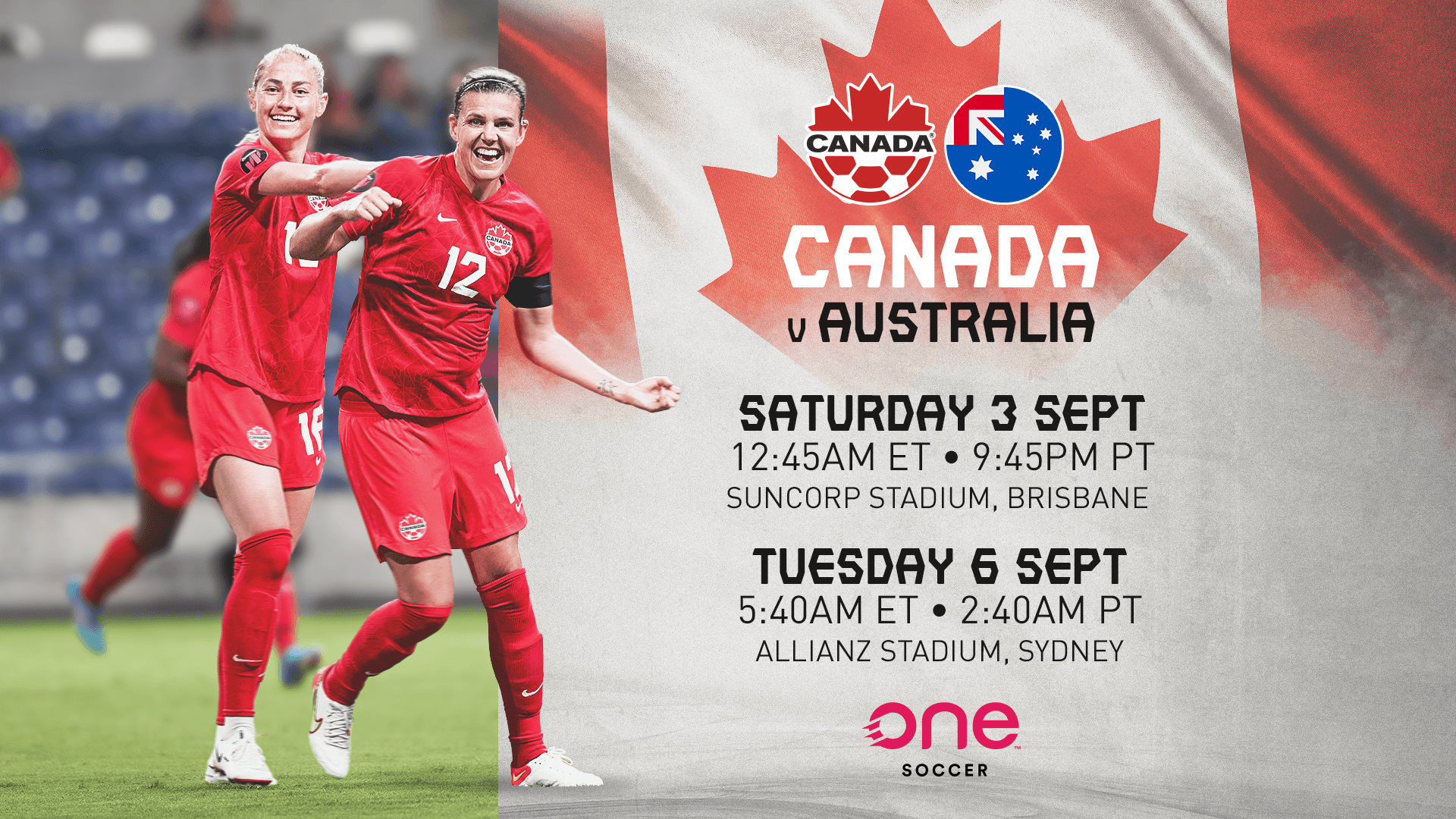 Canada Soccer’s Women’s National Team head to Australia to face the Australia in two friendly matches this Saturday 3 September and Tuesday 6 September. Canada will look to develop tactically and rotate the squad as they prepare for next year’s FIFA Women’s World Cup Australia & New Zealand 2023.

The first match in Brisbane kicks off Saturday at 14.45 local (Canada Saturday 00.45 ET / Friday 11.45 PT) while the second match in Sydney kicks off Tuesday at 19.40 local (Canada 05.40 ET / 02.40 PT). Both matches will be broadcast live on OneSoccer, available as a linear channel on Telus’s Optik TV (Channel 980) as well as online at OneSoccer.ca, through the OneSoccer app and on the fuboTV Canada platform. Fans will find extended coverage for the matches across Canada Soccer’s digital channels on Facebook, Instagram, Twitter, and YouTube featuring the hashtag #CANWNT.

Simi Awujo, Clarissa Larisey, Marie Levasseur and Jade Rose are the new additions to the Women’s National Team in 2022, with notably Awujo and Larisey earning their first-ever call ups in the September camp. They will be given an opportunity to crack the lineup while Canada is missing key players Kadeisha Buchanan, Allysha Chapman, Vanessa Gilles, Ashley Lawrence, Jayde Riviere and Deanne Rose.

“[Her profile] is quite different to what we currently got,” said Priestman. “I’m very excited about what Simi can be.”

Priestman added that this international break is an opportunity to assess different players in a Canadian soccer environment before the FIFA Women’s World Cup Australia & New Zealand 2023.

“There are some positional gaps that we need to look at, that’s why I’ve chosen some other players to come in,” said Priestman. “I want to see some players who I haven’t seen in our environment for some time or some brand new faces.”

The upcoming matches provide Canada with the type of competition that’s expected at next year’s world cup. Australia is led by star striker and team captain Samantha Kerr, who also plays alongside Canadians Buchanan and Jessie Fleming for Chelsea FC in the FA Women’s Super League.

“She’s an absolute handful,” said Priestman. “But when we are at our best, we have a top back line that can deal with Sam Kerr.”

Priestman added that she focused on developing the team’s tactics and that Canada’s out-of-possession movement got a lot of attention at a recent FIFA conference.

“We’ll continue to evolve ourselves tactically and that might put players in different positions,” said Priestman. “We’re moving forward. It’s just a case about cementing a roster and seeing who could be in the [23-women roster] come next summer.”