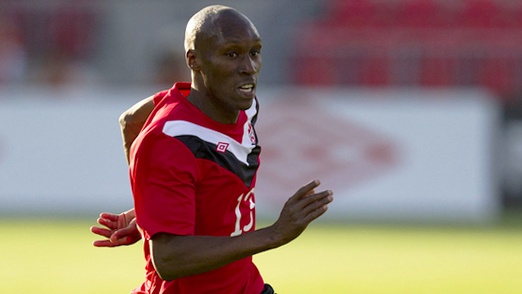 Canada set for qualifiers clash with Honduras at BMO Field

Canada set for qualifiers clash with Honduras at BMO Field

Canada to renew hostilities with rivals Honduras at 19.45 ET. Live on Sportsnet.

After picking up three points in its opening match in CONCACAF Round 3 of 2014 FIFA World Cup Brazil™ Qualifiers, Canada host rival Honduras in a much-anticipated clash in Toronto. The Tuesday 12 June 2012 match kicks off at 19.45 at BMO Field.

The Canada-Honduras match will be broadcast live on Sportsnet One. The broadcast starts at 19.30 ET / 16.30 PT, approximately 15 minutes before kick-off time in Canada. Tickets to this match and future FIFA World Cup Qualifiers are available via ticketmaster.ca or by phone at 1.855.570.7500, with full information available on CanadaSoccer.com. Group discounts are available via marketing@soccercan.ca or 613.237.7678.

While Canada will be entering the second match-day of qualifying action in Group C riding a wave of confidence after a hard-fought 1:0 road win in Cuba, Honduras will arrive into Toronto eager for points after losing its opening match of the round 0:2 at home to Panama.

The match on Tuesday presents a critical opportunity for Canada to put up to six points between themselves and the Hondurans, which would put Stephen Hart’s side in good stead ahead of the remaining qualifiers of the round in the fall of 2012. Canadian head coach Hart, however, knows that familiar foes Honduras will present a difficult challenge.

“Honduras have good quality and lot of experience, there is no doubt about that,” said Hart. “They will be difficult on Tuesday.”