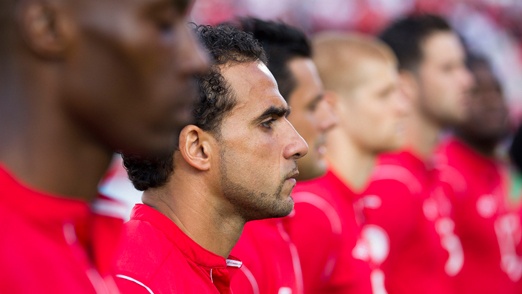 Canada set for August friendly against Trinidad and Tobago

Canada set for August friendly against Trinidad and Tobago

Canada to face CONCACAF rivals on 15 August in Lauderhill, FL.

Canada will take on CONCACAF rivals Trinidad and Tobago in a Men’s International Friendly on 15 August at the Central Broward Regional Park in Lauderhill, FL. The team will be in its final preparations for a crucial pair of FIFA World Cup™ Qualifiers against Panama in September.

“This has always been a difficult FIFA date due to the time constraints and opening of various club seasons. We felt it important to play as it gives us the opportunity to get a game together on the only available date before September,” said Stephen Hart, Head Coach of Canada’s Men’s National Team.

Canada has not faced Trinidad and Tobago since the two nations squared off a remarkable five times in 2000. The Canadians posted a record of two wins, two losses and one draw against the Caribbean nation during that year.

Canada’s memorable 1:0 win over Trinidad and Tobago in the CONCACAF Gold Cup semi-final on 24 February, 2000 crowned the Canadians as champions of the region and earned the team a place at the 2001 FIFA Confederations Cup.

Canada will resume play in CONCACAF Round 3 of FIFA World Cup™ Qualifiers with an important home fixture against Panama on Friday 7 September at BMO Field in Toronto.

Tickets to the match are available via Ticketmaster.ca or by calling 1.855.570.7500. Discounted tickets for groups of 10+ are also available through the Canadian Soccer Association (marketing@soccercan.ca).