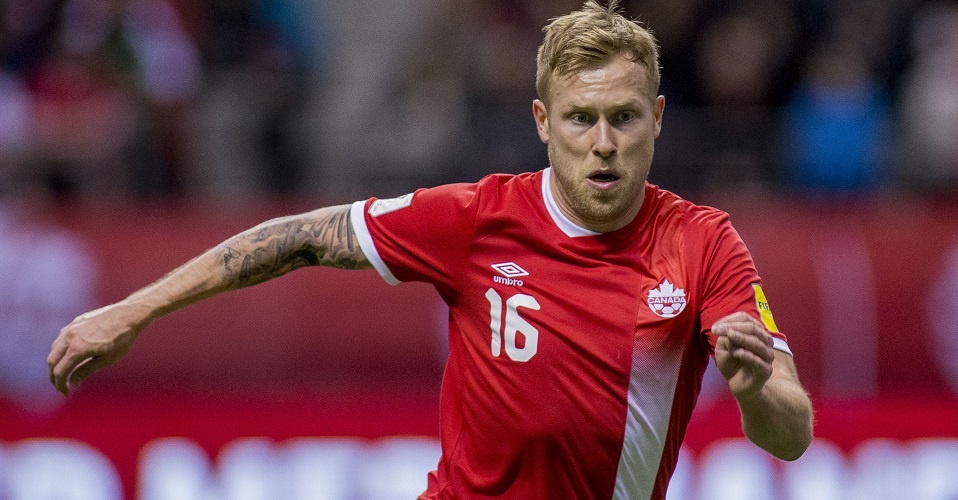 The Canada-El Salvador match will be broadcast live on canadasoccer.com at 17.00 ET / 14.00 PT

Canada Soccer have announced their 23-man squad for an October Men’s International Friendly match against CONCACAF rivals El Salvador. Head Coach Octavio Zambrano will assemble the squad just north of Toronto for a training camp before heading south for the match on 8 October in Houston, TX, USA.

The Canada-El Salvador match will be broadcast live on canadasoccer.com at 17.00 ET / 14.00 PT (16.00 local). The match will be played at BBVA Compass Stadium in Houston, with a portion of the net proceeds to be donated to Hurricane Harvey relief efforts. Fans can follow the Canadian team throughout their October camp on Canada Soccer’s digital channels including Twitter, Facebook, Instagram, and Youtube.

“This is a timely match for Canada to face El Salvador (and) a perfect fit for our progress,” said Octavio Zambrano, Canada Soccer’s Men’s National Team Head Coach. “It is an important match as we continue to assess our program and players.”

The October match follows Canada’s recent 2:0 victory over Jamaica in Toronto on 2 September 2017. Anthony Jackson-Hamel and Jonathan Osorio were the goalscorers while Jayson Leutwiler posted the clean sheet in front of 21,724 fans at BMO Field. All three will be in Canada’s lineup for the match in Houston.

Young players in the squad include Fraser Aird of Dunfermline Athletic in Scotland, Juan Cordova of CD Huachipato in Chile, Raheem Edwards of Toronto FC, Mark-Anthony Kaye of Louisville City FC, and Michael Petrasso of Queens Park Rangers in England. Keven Aleman of CD Saprissa in Costa Rica, meanwhile, has received his first call up to the Men’s National Team since 2014. In all, 15 of the 23 players called into camp are aged 25 or younger.

“We are bringing a young group including some we have not had in our Men’s National Team before, so we want to see how they act and react in the environment,” said Zambrano. “It is important for us to see how the young players embrace the challenge.”

Four players received their first international call-up to the Men’s National Team: Louis Béland-Goyette of Impact Montréal FC; Caniggia Elva of VfB Stuttgart II; Milovan Kapor of Hapoel Hadera FC in Israel; and Kris Twardek of Millwall FC in England. Alongside the four debutants, two other players are hoping to make their international “A” debut: Kwame Awuah of New York City FC and Jordan Schweitzer of Orlando City B.

Canada and El Salvador have a long history of competition dating back 40 years through FIFA World Cup Qualifiers and the CONCACAF Gold Cup. In recent years, the two sides posted scoreless draws in a pair of 2015 matches before Canada won 3:1 over El Salvador in FIFA World Cup Qualifiers in September 2016. Overall, Canada has the edge with 8 wins, 4 draws, and 4 losses in 16 international matches.