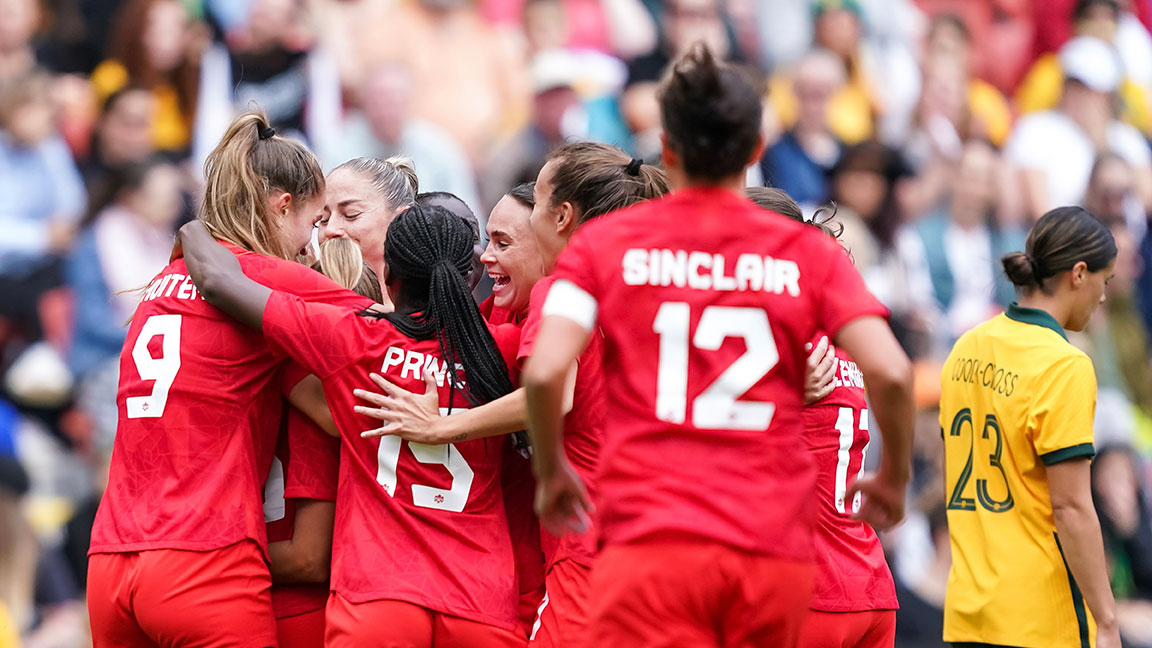 Canada score 1:0 Saturday win down under in Australia

The win closes out match one of a two-match friendly between Canada and Australia that has seen heavy squad rotation and tactical growth from the Canadian side.

“I was most pleased with our commitment, our togetherness, and the will to do whatever it takes to win,” said Bev Priestman, Canada Soccer’s Women’s National Team Head Coach. “I couldn’t be more proud because, whatever they faced, whether it be travel delays, injuries to squad and all those sorts of things, but when the whistle went, they got down to business and they delivered. That makes me really proud.”

The second match in Sydney kicks off Tuesday at 19.40 local (Canada 05.40 ET / 02.40 PT). Both matches will be broadcast live on OneSoccer, available as a linear channel on Telus’s Optik TV (Channel 980) as well as online at OneSoccer.ca, through the OneSoccer app and on the fuboTV Canada platform. Fans will find extended coverage for the matches across Canada Soccer’s digital channels on Facebook, Instagram, Twitter, and YouTube featuring the hashtag #CANWNT.

Canada got off to a blistering start when Leon put Canada 1-0 up in the 12th minute. A cleared freekick from Australia fell to Bianca St-Georges who played a pass to Jordyn Huitema on the right side of the 18-yard box. Huitema laid the ball back to Leon who took a touch and fired a shot into the top left corner.

Coming into the match, Canada Head Coach Bev Priestman planned to rotate the squad to better evaluate different players and grow the team tactically. Simi Awujo and Clarissa Larisey made their international debuts when they were subbed in for Leon and Nichelle Prince in the 75th minute.

The debutants made significant impacts when they entered the match. Awujo, who Priestman spoke highly of in a press conference last month, skipped past several Australian players in the attacking third before threading a pass between two Australian defenders for Cloé Lacasse who beat the keeper but couldn’t put it past the post.

Canada was also very good in and out of possession. The team was often very composed and patient on the ball in their own half, looking to exploit the gaps in Australia’s defence. Canada also looked to play quick one-touch passes out of difficult areas whenever Australia would press. The sudden change in tempo made it difficult for Australia to win the ball back.

When out of possession, Canada hunted for the ball back–covering large amounts of distance and surrounding Australia players with red shirts. This often forced Australia to lose possession or play a negative pass back to their defensive third. Tactical performance is something that Priestman said she wants her team to continue to grow and work on.

Canada will be in action on Tuesday to play the second game against Australia.