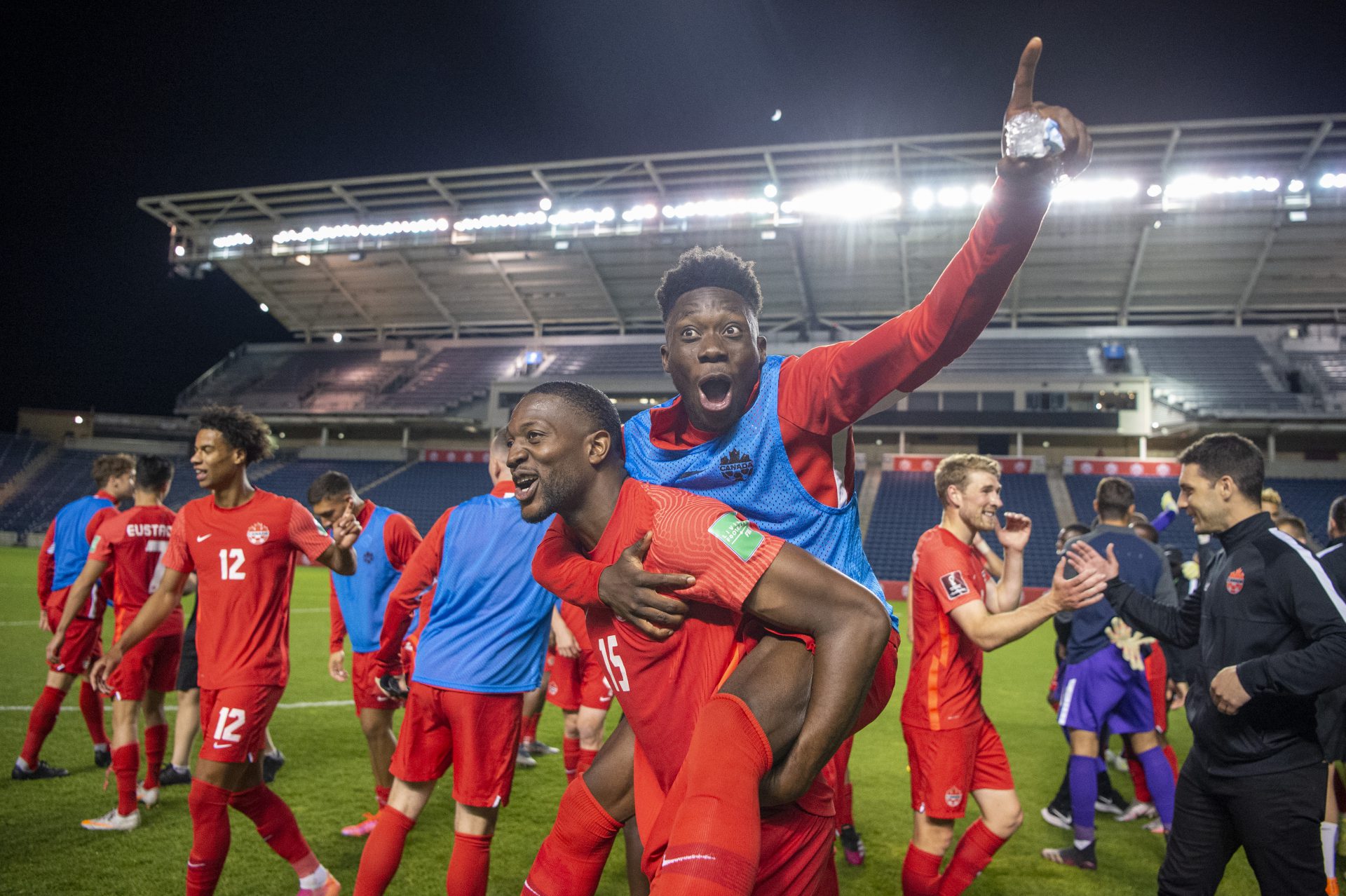 Canada won 3:0 over Haiti to advance to the Concacaf Final Round in FIFA World Cup Qatar 2022 Qualifiers for the first time since 1997. The Tuesday night victory gave Canada a 4:0 series win in the two-leg Concacaf Second Round series.

Canada went up 1:0 early in the second half on a Haitian own goal in the 46’, Cyle Larin got Canada’s second on a Haitian turnover in the 74’ and second half substitute Junior Hoilett made it three just six minutes after coming on in the 88’.

“It’s been a real big effort through this COVID period. It’s been a tough time. Tonight, it was all worth it and I think what we were able to see is the guts and determination to get to where we needed to get to. We knew there was going to be a response from Haiti and they put it out there, all credit to them, they weren’t ever going to go out on their backs. Then our quality just showing through, and we said if can keep meeting that physical test, then they won’t be able to sustain it and our quality will come through,” said Head Coach John Herdman. “We’ll enjoy this moment together as a team and as a country. We’re going to the Octagon. We’ve got a future, that’s the first thing. We’re an organization that has so much potential and we’re right on the cusp of it now.”

It was a historic victory for Canada in more ways than one as Canada Soccer’s Men’s National Team tied records for most consecutive wins (six straight for the third time) and most wins in a FIFA World Cup Qualifiers campaign (six, tying the marks from 1992-93 and 1996-97). Canada Soccer’s Men’s National Team also set a record for most goals in a season besting 2019’s 28 goals with 31 goals halfway through the 2021 calendar season while goalkeeper Milan Borjan set the all-time Canada record for clean sheets at the international “A” level (24).

Canada moved on to the Second Round of FIFA World Cup Qatar 2022 Qualifying after defeating Aruba (7:0) and Suriname (4:0) to open the June window and finish atop Group B and advance to meet Haiti.

Canada had several chances in the first half but could not add to their two-leg series lead. Alphonso Davies and Jonathan David combined on a pair of chances and later David had a trio of shots from close range saved by Josué Duverger in the 33’

On another opportunity from a corner kick in the 41’, a Steven Vitória header was only partly cleared into the path of Doneil Henry, but the Henry header was just wide of the target.

Two minutes later, another Vitória header nearly hit the mark, but it was cleared off the line by Ricardo Arcus.

Canada then got their break in the 46’ after a Kévin Lafrance pass back to the goalkeeper Duverger slipped through his legs and the ball was then knocked in while trying to clear his line. The own goal gave Canada a 2:0 lead in the series.

Larin then scored his record-setting goal in the 74’ after he got through and beat Duverger with a left-footed shot from inside the box.

Sam Adekugbe played Junior Hoilett into the box in the 88’. Hoilett’s shot went off the post to the left of Duverger and ricocheted back to Hoilett who buried Canada’s third.

“It’s an unbelievable feeling. It’s a pleasure to represent this country, it’s a pleasure to wear this jersey, but, we are not stopping here,” said goalkeeper Milan Borjan. “I’ve been with this program 11 years now and I’m proud I got a chance to wear the armband. Canada should be proud of this team.”

Canada’s starting XI featured Milan Borjan in goal, Doneil Henry, Steven Vitória and Scott Kennedy at centre back, Alistair Johnston and Alphonso Davies at wing back, and Stephen Eustáquio, Mark-Anthony Kaye, Jonathan Osorio, Jonathan David and Cyle Larin from the midfield up through to the attack. In the second half, coach John Herdman replaced Jonathan Osorio with David Wotherspoon (65’), Cyle Larin with Sam Adekugbe (75’), and Jonathan David and Alphonso Davies with Junior Hoilett and Tajon Buchanan (82’).

In all, 35 Concacaf nations are competing in FIFA World Cup Qatar 2022™ Qualifiers, with 27 of those nations now eliminated. The Concacaf Final Round will feature Costa Rica, Honduras, Jamaica, Mexico, USA, Panama, and El Salvador.

It will be an exciting yet busy summer of soccer for Canada Soccer’s Men’s National Team Program in 2021. On the heels of FIFA World Cup Qatar 2022™ Qualifiers in June, Canada will participate in the 30th anniversary edition of the Concacaf Gold Cup, with their Group B matches scheduled in Kansas City on 11 July against Martinique, 15 July against a yet-to-be-determined Caribbean nation from the preliminary round, and 18 July against USA. The top-two nations from Group B advance to the final round with the Quarterfinals on 24 July, the Semi-finals on 29 July, and the Final on 1 August.