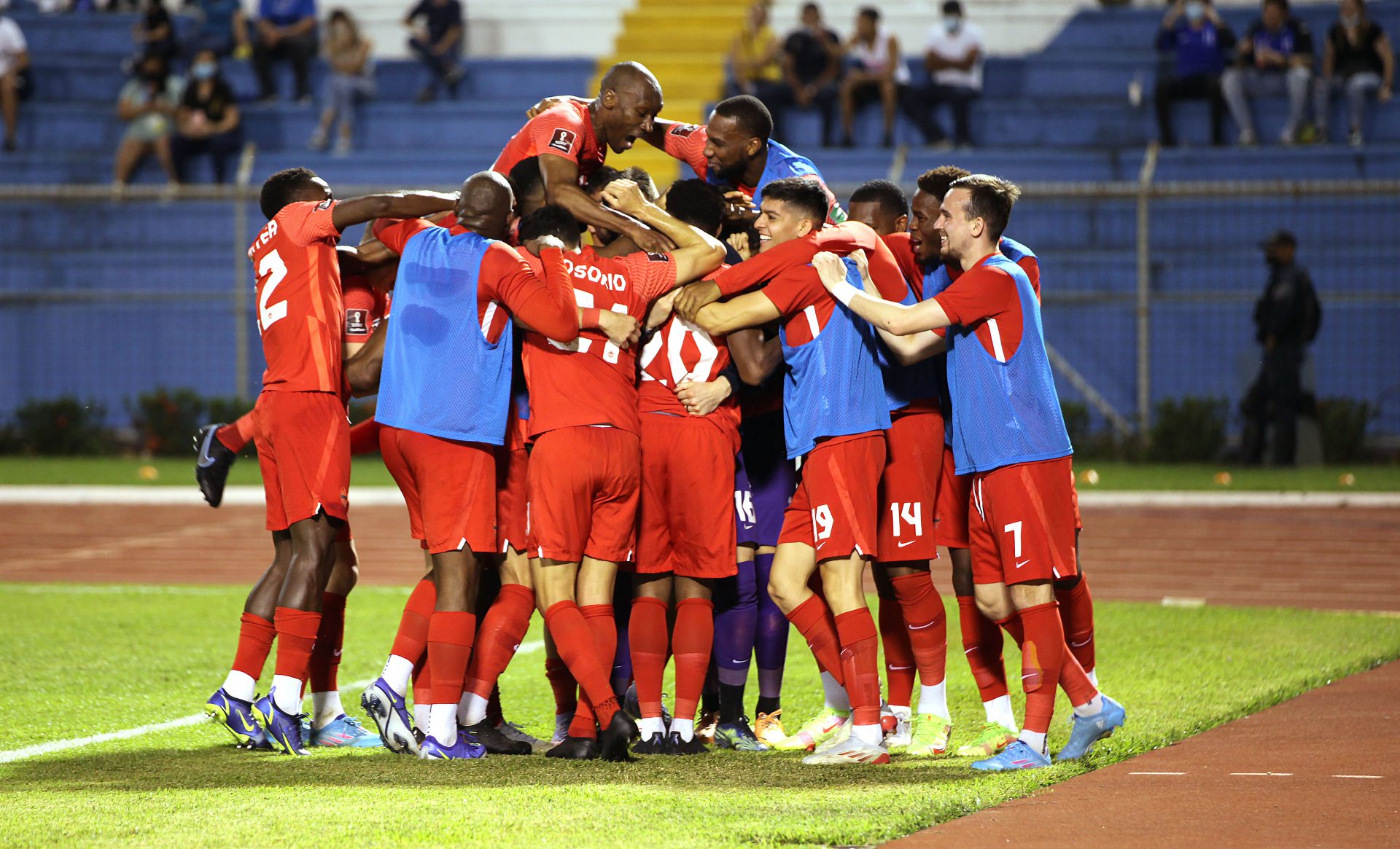 Canada Soccer’s Men’s National Team defeated Honduras 2:0 at Estadio Olímpico Metropolitano in San Pedro Sula to remain top of the table in FIFA World Cup Qatar 2022 Qualifiers. A Honduran own goal in the 10’ and a 73’ goal from Jonathan David secured the three points while Milan Borjan earned the clean sheet. Jonathan Osorio made his milestone 50th international match appearance for Canada.

For Canada, it was the first road win of their Octagonal qualifying campaign and also their first win in Honduras in over 35 years. Canada last defeated Honduras away 25 August 1985 as part of their successful qualifying for FIFA World Cup Mexico 1986.

Canada now sit at 19 points with second-place USA a point behind on 18 points and third-place Mexico on 17 points. The top three teams qualify for Qatar 2022 with fourth place playing in an inter-continential playoff against Oceania Football Confederation. Canada will next face USA 30 January at Tim Hortons Field in Hamilton, ON before closing the window 3 February against El Salvador in San Salvador. Each of Canada’s matches will be broadcast LIVE on OneSoccer.ca, Sportsnet, and RDS.

“We came in here to grind the result out and I thought that’s what the players did. We knew we had the quality in transition and we knew if we could manage the front three, we’d be ok,” said John Herdman, Men’s National Team Head Coach. “We’ll keep relying on that mettle, that comradery, that brotherhood and we’ll fight, that’s what it will be in any game against the US. You’ve gotta bring the battle, it’s a cup final at home.”

Canada took an early 1:0 lead courtesy of an own goal from Honduras’ Denil Maldonado who was trying to clear a cross from Tajon Buchanan, after Buchanan did brilliantly to beat a defender in a wide position (10’).

In the 15’ Samuel Piette got an important shot block after Honduras was able to put together some dangerous passes in the Canada penalty area.

In the 22’, a great passage of play in and around the Honduran box was looking dangerous as the Canadian attackers were able to link up well but the eventual shot from Buchanan didn’t have a lot of pace on it and was easily stopped by the Honduran keeper.

Just before halftime, Milan Borjan rushed out of his net aggressively and got to the ball milliseconds before Romell Quioto to deny the attacking Honduran (44’).

On the other side of halftime, Samuel Adekugbe did a fantastic job to keep the play alive at the corner flag and got the cross in to Cyle Larin, who then laid it back to Jonathan David, but David’s shot went wide (48’).

In the 55’, Junior Hoilett played a great through-ball to David who was one-on-one with a Honduran defender. He was able to get past the defender to get in alone against the keeper and tried to slide the ball past the Honduran, but the goalie was able to make the save to deny Canada a second goal.

Minutes later, Borjan had to alert to stop a header from Antony Lozano (58’).

Jonathan Osorio entered the match in the 61’ to earn his 50th cap for the CanMNT.

In the 70’, Borjan was again called into action and made a huge diving save to stop a strong header from crossing the line at the far post and maintain the Canadian lead.

Canada doubled the lead with a beautiful link of play between David and Liam Fraser (73’). Fraser played a long ball over the top of the Honduras defence from deep within his own half that was perfectly weighted into the path of David, who started his run from the Canada side of the halfway line. David did brilliantly to bring the ball down with his chest while on the run, and then lifted his shot over the on-rushing keeper on the half volley to make it 2:0.

In the 76’, a shot from Honduras’ Alberth Elis went over the head of Borjan before glancing off the crossbar and staying out of the Canada goal.

In the final minutes of the match, Borjan made another phenomenal save to maintain the clean sheet, diving down to the bottom corner to push the shot beyond the post and away from danger (90+3’).