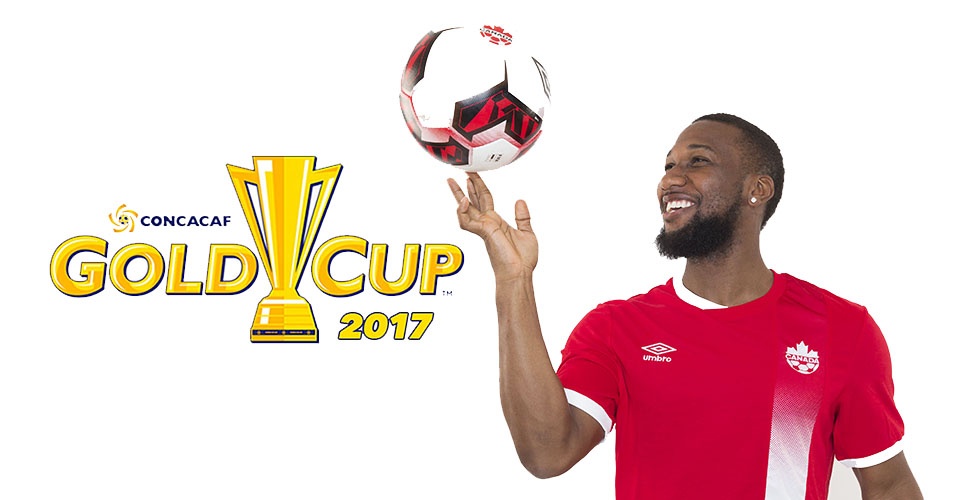 The Canada-French Guiana 7 July match kicks off at 19.00 local, with a live broadcast on TSN and RDS

Canada will look to start strong when they kick off the 2017 CONCACAF Gold Cup at New York Red Bull Arena in Harrison, NJ. Canada Soccer’s Men’s National Team are facing French Guiana as part of an opening day double header, with group opponents Costa Rica and Honduras facing each other in the other Friday night match in the biennial confederation championship.

The Canada-French Guiana 7 July match kicks off at 19.00 local, with a live broadcast on TSN and RDS (19.00 ET / 16.00 PT). Fans are encouraged to follow the Men’s National Team across all of Canada Soccer’s digital channels including Twitter, Instagram, Snapchat, Youtube, and Facebook.

“I want to see guys that are daring, aggressive, play with abandon, and want to put their stamp on the tournament,” said Octavio Zambrano, Canada Soccer’s Men’s National Team Head Coach. “I will ask these guys to let it all out and go for it.”

Canada are undefeated in 2017 with two wins and one draw, including a recent 2:1 win over Caribbean champions Curaçao on 13 June in Montréal. In 20 international matches since the last CONCACAF Gold Cup in 2015, Canada’s overall record is nine wins, five draws, and six losses.

This will mark the first ever meeting between Canada and French Guiana. French Guiana recently finished third at the 2017 Caribbean Cup, drawing Jamaica (but falling on kicks) and beating Martinique. This marks French Guiana’s first-ever qualification for the CONCACAF Gold Cup.

From 12 nations, eight will advance beyond the group phase to the quarter-finals. That means the top two nations from each group advance as well as two of three third-place teams. The 12 competing nations are: Canada, Costa Rica, French Guiana, and Honduras in Group A; Martinique, Nicaragua, Panama, and USA in Group B; and Curaçao, El Salvador, Jamaica, and Mexico in Group C.

Coach Zambrano has selected what he calls a “dynamic team” with speed, offensive, and defensive qualities. In preparation for the opening match, Canada trained in Alliston, Ontario and Sunrise, FL, USA. The team also scrimmaged with Nicaragua. The team flew into New York-New Jersey on 5 July.