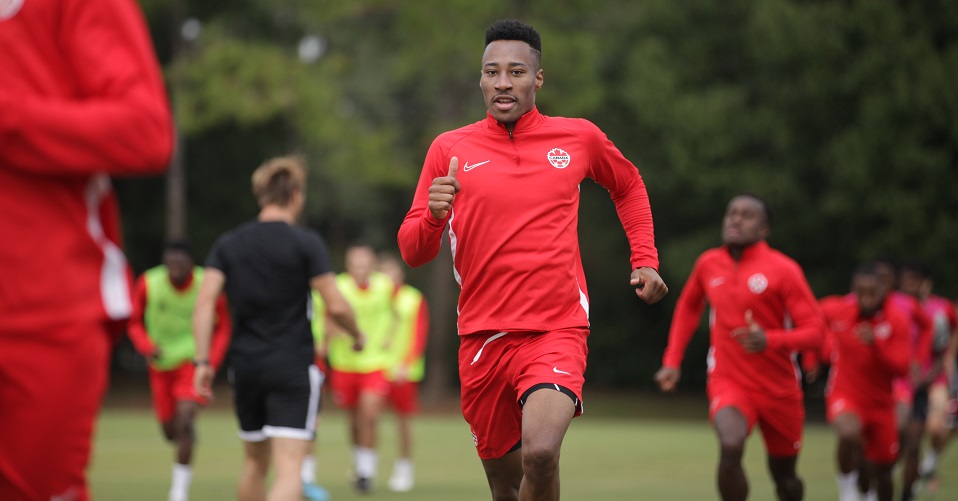 Canada are ready to face their Concacaf rivals and North American neighbours USA in a crucial Friday night competitive clash in 2019-20 Concacaf Nations League. At […]

Canada are ready to face their Concacaf rivals and North American neighbours USA in a crucial Friday night competitive clash in 2019-20 Concacaf Nations League. At stake in this second of a home-and-away series is first place in Group A of Concacaf Nations League and a spot in the Final Four in the inaugural season of the competition. The Friday 15 November match also offers valuable points on the FIFA/Coca-Cola World Rankings which will determine Canada’s pathway to the 2022 FIFA World Cup Qatar™.

“The players are focused and clear on what they need to do,” said John Herdman, Canada Soccer’s Men’s National Team Head Coach. “They have come out of that win over USA with not only a level of confidence, but a real belief going into this game that they can compete. It is not bravado, it is not talk, it is genuine belief because they lived it.”

Canada are in first place perfect with nine points from three matches while USA are second with three points from a win and a draw in two matches.

The away match provides Canada with an opportunity to strive for consistency in their performances as they continue to build towards qualification for the 2022 FIFA World Cup Qatar™. Since 2018, Canada have 10 wins and just two losses and have set a Men’s National Team record by scoring at least one goal in 12 consecutive international matches. Following the home victory on 15 October, Canada moved into a Concacaf top-six spot on the FIFA/Coca-Cola World Rankings, which is where they need to be in June 2020 to ensure a spot in the Concacaf Hex for FIFA World Cup Qatar 2022™ Qualifiers.

“The USA have their motivations for this match, but for us it is another cup final, another game that could decide our fate for qualification to the Hex, so we will give absolutely everything we have to move this country one step closer to achieving that goal,” said Herdman.

After back-to-back wins over Cuba in September and then the historic 2:0 home win over USA in October, Canada have already qualified for the 2021 Concacaf Gold Cup as well ensured their spot in League A of the next edition of Concacaf Nations League.

Against USA this decade, Canada Soccer’s Men’s National Team have posted one win, two draws and two losses in five international matches, including being unbeaten in the two most recent home matches with one win (2019) and one draw (2012). The upcoming Concacaf Nations League match on Friday 15 November will be the first-ever USA-Canada international match played in the city of Orlando.