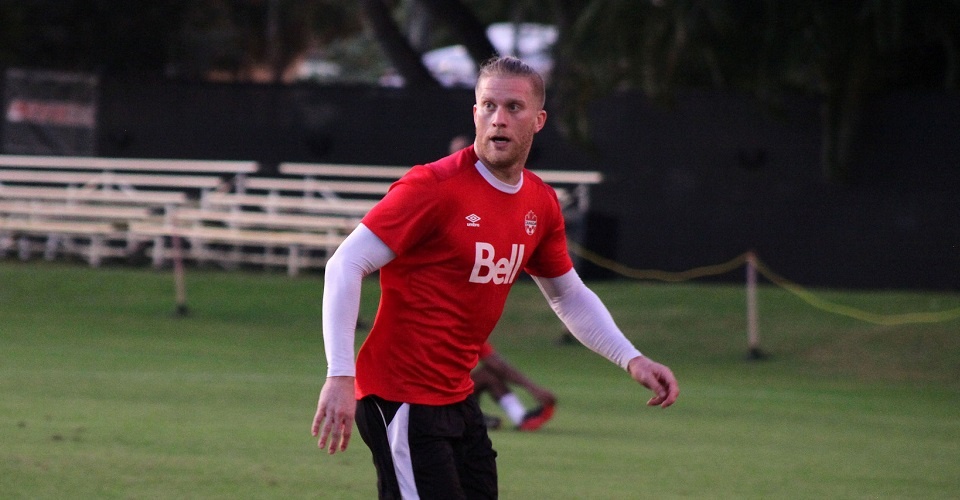 Canada ready to face Bermuda in first match of 2017

Canada ready to face Bermuda in first match of 2017

A handful of young Canadians hope to make their international soccer debuts this Sunday in Bermuda. After a week of training in Florida, the quintet were included in the travel squad that will face Canada in their first Men’s International Friendly match of the 2017 campaign.

The 22 January Bermuda-Canada friendly kicks off at 15.00 local at the Bermuda National Sports Centre. The match will be broadcast live on canadasoccer.com at 14.00 ET / 11.00 PT.

There is plenty of youth included in the Canadian squad, including the five players who have yet to make their international “A” debuts: Jay Chapman, Ben Fisk, Ben McKendry, and goalkeepers Callum Irving and Sean Melvin. Five other players who are still 24 years or younger are Tesho Akindele, Marco Bustos, Anthony Jackson-Hamel, Jonathan Osorio, and Maxim Tissot.

“It’s very encouraging,” said Michael Findlay, Canada Soccer’s Men’s National Team Interim Head Coach. “They have all performed admirably this week and they met our expectations to be included in the squad. It’s a very positive situation in terms of transitioning these players into our Men’s National Team.”

Canada had a week of training in Sunrise, FL, USA to prepare for their first international test of the 2017 season. The camp also helped players prepare for their respective pre-seasons with clubs in Canada and USA. The 27-man squad was cut to 18 players on 19 January before travel to Bermuda.

“The atmosphere has been very positive,” said Findlay. “Now, we expect them to come fully prepared to represent Canada in an international football match.”

Ricketts is the most experienced player in the group with 54 international appearances and 14 goals scored. Next up is Marcel de Jong, who has 49 appearances to his credit.

“It’s good for us that the young guys are stepping up,” said Canadian left back de Jong. “It’s good that they are knocking on the door and it’s important because they keep up focused and on our toes. That’s good for Canada Soccer.”