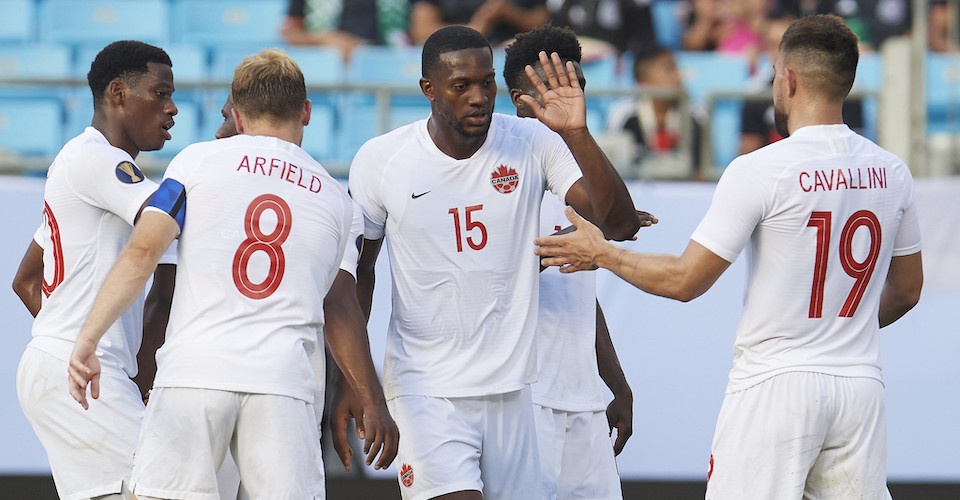 Canada’s Men’s National Team will look to build on the momentum of its record-breaking performance during the 2019 Concacaf group stage to advance past Haiti in the Quarter-final stage of the competition on Saturday 29 June at NRG Stadium in Houston, Texas. Canada advanced out of Group A in second place winning two of its three matches while Haiti topped Group B with a 3-0 record.

The Canada-Haiti match kicks off at 19.00 ET / 16.00 PT (18.00 local) and will be broadcast live across Canada on TSN4 and RDS. Extended match day coverage is featured across Canada Soccer’s digital channels including Facebook, Instagram and Twitter. Fans are encouraged to follow Canada Soccer’s Men’s National Team every step of the way by using their social media handle, #CANMNT.

“It’s going to be a tough match, this is a good Haitian team, they won Concacaf Nations League Qualifying and now they’ve beaten one of the tournament favourites,” said John Herdman, Canada Soccer’s Men National Team Head Coach. “It will come down to the will and the desire to get the job done and the concentration tactically to manage their athleticism.”

Canada won group matches against Martinique and Cuba by a combined score of 11:0 while falling to Concacaf powerhouse Mexico 1:3. Thus far at the competition, the Canadian squad have set new team records for most goals scored in a match and largest margin of victory at the Concacaf Gold Cup along with impressive individual marks of two hat tricks in one match (Jonathan David and Lucas Cavallini against Cuba) and Milan Borjan setting a new Canadian record of four career Gold Cup clean sheets.

The rising Haitian squad won all three of its group matches over Bermuda (2:1), Nicaragua (2:0), and Costa Rica (2:1) in one of the most notable results of the competition thus far.

“All the training, preparing, everything we’ve been doing over the past year is preparing for these type of moments,” said Atiba Hutchinson. “We’ve put a lot of work into the last few days in training and scouting our opponent and doing whatever it takes to be ready for that day. We’re all excited for it, we’ve waited a long time for this so we just want to get the game going and go out play our football and express ourselves and put in a good performance. We’ve been talking about now that we’re into the knockout stages we need to be a little bit more decisive and take our game to another level. That’s what’s it going to take to get through this game and continue to push forward in this competition.”

Canada has faced Haiti ten times in the two nations’ history, however, have not met the Caribbean side since 2007. Canada has a record of seven wins, one loss, and two draws, including victories in six consecutive matches. Despite the strong historical record, Canada is anticipating a fierce battle from the combative Haitian side.

The winner of Saturday’s match will head to Arizona to face the winner of the Mexico-Costa Rica Quarter-final on Tuesday 2 July at University of Phoenix Stadium.

At the most recent Concacaf Gold Cup two years ago, Canada advanced to the Quarter-final stage before falling to Jamaica. Canada will be looking to improve on that performance by reaching the Semi-final stage for the first time since 2007.

Following the Concacaf Gold Cup, Canada will participate in the first-ever edition of Concacaf Nations League A this Fall having been drawn into a Group with southern neighbours USA and Cuba. Canada will host Cuba on Saturday 7 September and USA on Tuesday 15 October with both matches to be played at Toronto’s BMO Field. Canada’s away matches in the four-match group stage will be played against Cuba on 10 September and USA on 15 November. The first-place nation from the group will advance to the Concacaf Nations League Finals.

The Concacaf Gold Cup Semi-finals are 2-3 July and the championship Final is Sunday 7 July.