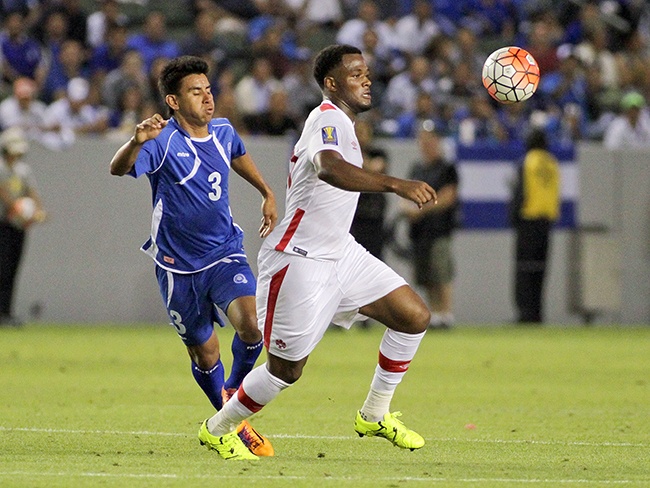 Tickets to the Canada match, presented by BMO, are available at Ticketmaster.ca starting at just $20.

Canada will play in Toronto on Friday night in FIFA World Cup Qualifiers on the road to Russia 2018. It will be the first leg in a home-and-away elimination series with Belize, with the 4 September match to kick off at 19.30 at BMO Field.

Tickets to the Canada match, presented by BMO, are available at Ticketmaster.ca starting at just $20. Tickets include access to the Canadian National Exhibition, the grounds on which BMO Field is located. Members of the soccer community can also access special group ticket rates of up to 30% off the regular price while groups of four can take advantage of the Me+3 package.

For fans across the country, the FIFA World Cup Qualifiers match can also be seen live on TLN as well as canadasoccer.com starting at 19.30 ET / 14.30 PT.

Canada is one of 18 CONCACAF nations still in the hunt for a spot at the 2018 FIFA World Cup Russia. The top three will qualify automatically while the fourth-best team will advance to an intercontinental playoff for a spot at Russia 2018.

In this 2015 CONCACAF Round 3 of FIFA World Cup Qualifiers, 12 nations are paired in head-to-head elimination rounds, with the home-and-away matches to be played on 4 and 8 September. Canada faces Belize at home on Friday, then plays away at FFB Stadium in Belmopan, BLZ on Tuesday.

Said Canadian coach Benito Floro, “we must respect Belize and consider that they are serious, young, in good physical condition, and have three or four players with good skill. We need to keep our focus to pass through this elimination phase.”

The winner of the Canada-Belize series will advance to group A in CONCACAF Round 4, joining Mexico, Honduras and the winner of the Curaçao-El Salvador series. Additional information including a list of countries and fixtures is available at FIFA.com.

As for Friday night, the home team will be wearing their #CanadaRED jerseys at BMO Field. Fans are encouraged to follow @CanadaSoccerEN on Twitter using #canMNT for Canadian team updates. Match highlights and reports will be available on canadasoccer.com as well as on CanadaSoccerTV.