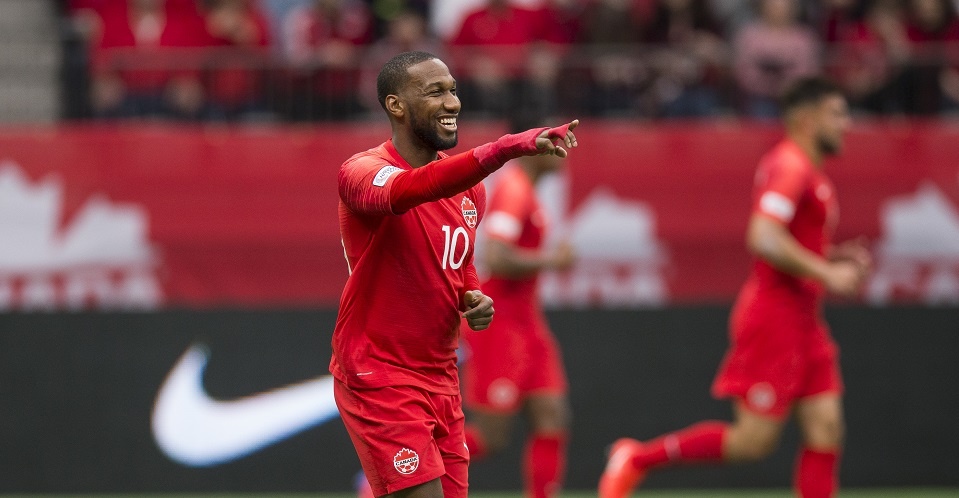 Canada qualifies for Concacaf Gold Cup and Nations League A with decisive 4:1 win over French Guiana

Canada Soccer’s Men’s National Team defeated French Guiana 4:1 to earn a spot in the 2019 Gold Cup and a place in Group A of the […]

Canada Soccer’s Men’s National Team defeated French Guiana 4:1 to earn a spot in the 2019 Gold Cup and a place in Group A of the 2019-20 Concacaf Nations League. It marked the fifth consecutive international victory for Canada, the second-longest winning streak in program history.

Canada finished in second place in Concacaf Nations League Qualifying with 12 points, four wins, 18 goals scored, and just one goal conceded. In those four victories, Canada scored nine goals in home victories in Toronto and Vancouver, the most ever in back-to-back home matches for the Men’s National Team.

Canada started out strong, dominating possession from the outset of the match. Lucas Cavallini had Canada’s first look at the French Guiana net in the opening minute when his header went over the cross bar. Cavallini again in the fourth minute found himself in goal scoring position after a perfect through pass from Mark-Anthony Kaye, but Cavallini could only get his studs on the ball before the goalkeeper closed in.

Canada took the lead in the 12th minute on a goal from Junior Hoillet whose strike, through the legs of his mark, deceived French Guiana’s goalkeeper. French Guiana tied it up in the 26th minute when Kévin Rimane intercepted a short pass back to Canada’s Goalkeeper Milan Borjan as he was about to make contact, marking the first goal Canada has conceded since Herdman took over in January 2018.

Despite the set back, Canada continued to dominate in the first half. Cavallini put Canada up in the 39th minute after Jonathan David got in behind the French Guiana defence. Cavallini and Kaye found themselves open in front of the net with David’s pass easily tapped past the sprawling keeper.

Jonathan David made it 3-1 for Canada in the 41st minute after he broke away from his mark on the right side with a touch of his head to move the ball forward before he slid the ball past the keeper.

“I think it was a good performance overall. We dominated the game in my opinion, and got four goals, but we could have scored more,” said Player of the Match Jonathan David. “Overall it was a good game and the team played well. This is a very important step because we are in a good spot in the competition and this is a good opportunity for us test ourselves against the best in our region, and play in more competitive matches that will better prepare us for the future.”

Lucas Cavallini got his second goal to open scoring in the second half on a strong header in the 50th minute to put Canada up 4-1. Canada’s goalkeeper Milan Borjan was tested in the 74th minute on a free kick from just outside the box was struck hard on net but made a strong save.

Line-up: Canada’s lineup featured Milan Borjan in goal, Zachary Brault-Guillard at right back, Doneil Henry and Derek Cornelius at centre back, Mark-Anthony Kaye at left back, and Samuel Piette, Jonathan Osorio, Atiba Hutchinson, Jonathan David, Lucas Cavallini and Junior Hoilett from the midfield up through to the attack.

In the second half, coach John Herdman replaced Osorio with Russell Teibert (60’), Hutchinson with Samuel Adekugbe (70’), and Cavallini with Cyle Larin (78’).

CONCACAF NATIONS LEAGUE QUALIFYING
Canada posted a perfect international record with four wins and four clean sheets in 2018, a first for the Men’s National Team Program. Three of those wins were in Concacaf Nations League Qualifying. In September, Canada set a national record with eight goals scored in a single match, an 8:0 away victory over US Virgin Islands. In October, Canada set a national record for the biggest goal difference in a home match, a 5:0 win over Dominica at BMO Field in Toronto.