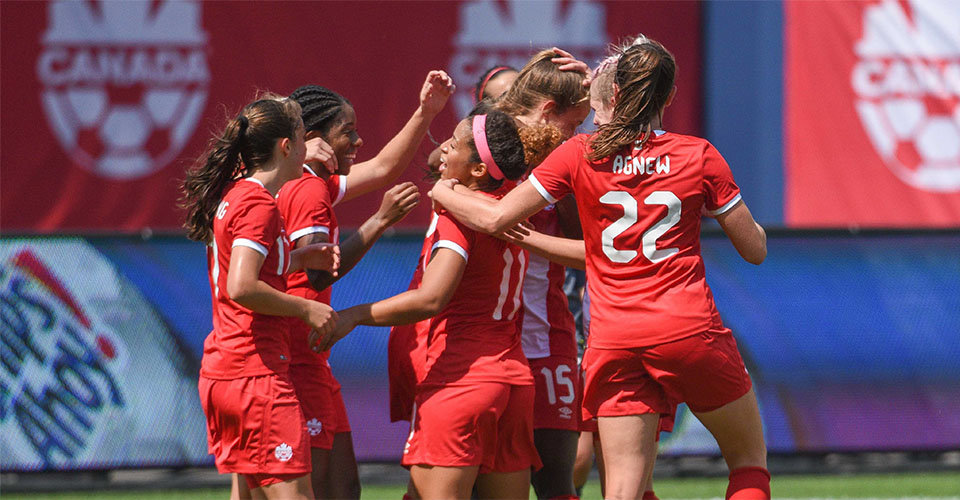 Canada puts on a tremendous show for Toronto fans in 6:0 win

Canada puts on a tremendous show for Toronto fans in 6:0 win

Canada Soccer’s Women’s National Team provided the hometown crowd much to cheer about in an impressive 6:0 win over Costa Rica in Toronto. Deanne Rose, Janine Beckie (three), and Jordyn Huitema (two) were the goalscorers in front of the Sunday afternoon crowd of 20,628 at BMO Field.

“That’s nine goals over two games, so we are really happy,” said John Herdman, Head Coach of the Women’s National Team. “We also had a clean sheet, so those are all the things that you look for as a coach through a game.

“We put in a structure in the last four years to ensure that the right players are coming through at the right times. This is an exciting group, it is one of the youngest teams in the world at this point and sitting in the top five, so we have a great future ahead.”

In the second half, Jordyn Huitema scored two goals in back-to-back minutes, thus making her the second youngest goalscorer in Women’s National Team history. The 6:0 scoreline was also Canada’s biggest home victory in five years dating back to the 2012 CONCACAF Women’s Olympic Qualifiers.

“Once that first one came, it gave me a bit more confidence to go for the second,” said striker Janine Beckie. “Those finishes don’t happen if we don’t have the incredible quality behind the front line. I am proud of this team. I am proud of the six goals and it is part of pushing this team to number one (in the world).”

“It is just an honour to be able to play with such an amazing group of women,” said Jordyn Huitema. “I would have never gotten those two goals if it wasn’t for my teammates supporting me and giving me those balls to put in the back of the net. I am very grateful I am able to share my first and second goals with the women that surround me on this team.”

Across the two-match series against Costa Rica, Canada drew 35,062 cumulative fans to the matches in Winnipeg (a 3:1 win on 8 June) and Toronto. Canada Soccer’s Summer of Soccer Series continues this Tuesday 13 June when the Men’s National Team faces Curaçao at Stade Saputo in Montréal. The Canada-Curaçao match will be broadcast live on TSN and RDS.

Canada opened the scoring in the second minute after Christine Sinclair used her speed to drive to the goalline to the right of the goalkeeper. Noelia Bermúdez thought she had the cross, but incoming Deanne Rose tipped it past the stunned goalkeeper for the 1-0 lead.

In the sixth minute, Janine Beckie made it 2-0 on her first of three goals. Quinn played the ball forward to Beckie and Beckie chipped the ball past Bermúdez. Seven minutes later, it was Jessie Fleming’s turn to play in Beckie, but this time Beckie played it under the onrushing Bermúdez .

In the 21st minute, Beckie completed her hat trick from the top of the box after a nice pass from Christine Sinclair. The play had moved from Deanne Rose to Lindsay Agnew and, from the Agnew cross, from Sinclair to Beckie.

Canada made it 5-0 on a scramble in front of goal in the 73rd minute, with the ball bouncing off Nichelle Prince’s back before Huitema tipped the ball over the line. Fleming and Ashley Lawrence had combined on the play before Lawrence crossed it in on goal for Prince and Huitema.

A minute later, the Prince-Huitema duo combined for Canada’s sixth and final goal, with Prince making the pass from the right side and Huitema beating Bermúdez with the shot.

With back-to-back victories, Canada improves their 2017 international record to six wins, one draw, and two losses. 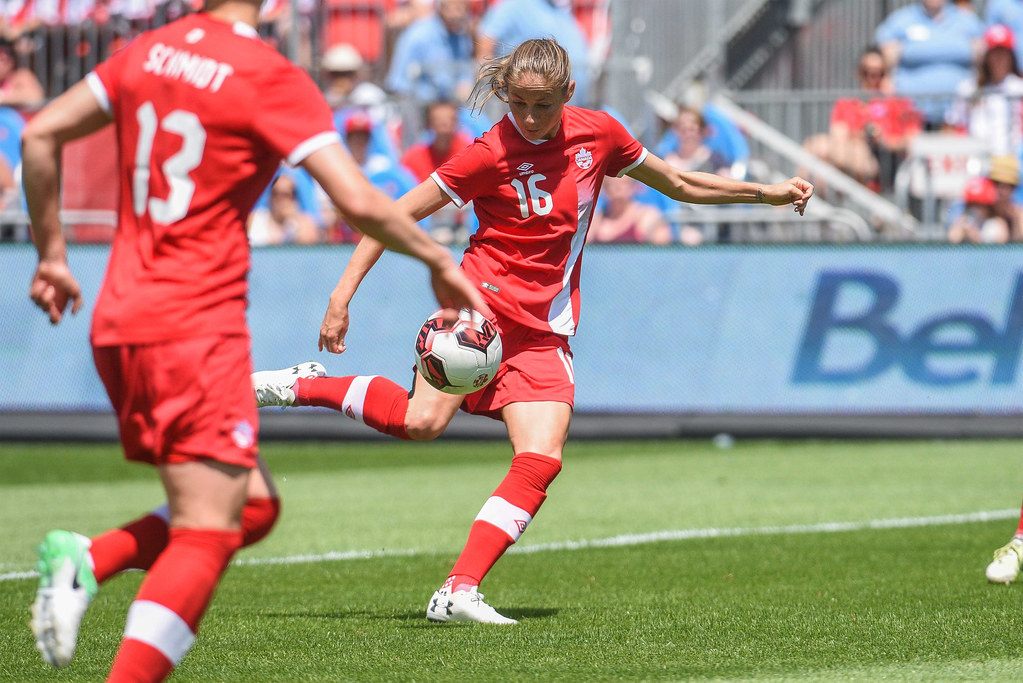 Before the match, former Women’s National Team captain Amy Walsh was celebrated as an honoured member of the Canada Soccer Hall of Fame. Walsh received both a crystal trophy and scripted jersey marking her induction in the Class of 2017.

At half time, fans saluted five former Olympic medalists with a collective 355 caps and who all announced their departure from the international game: Josée Bélanger, Jonelle Filigno, Robyn Gayle, Kaylyn Kyle, and Lauren Sesselmann.

Fans got a chance to salute these five retiring #CANWNT players at BMO Field today. Thank you for your hard work! #CanadaRED pic.twitter.com/fWSdtUbhqZ