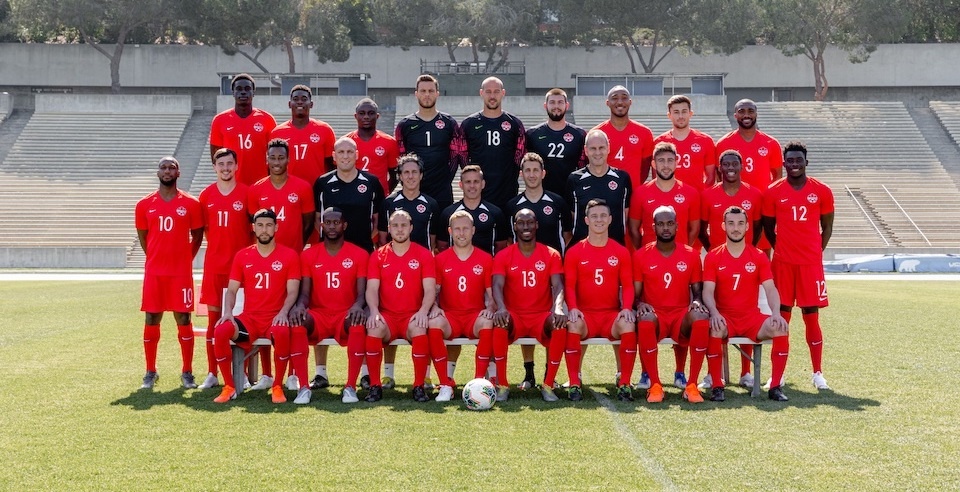 Canada’s Men’s National Team are set to open their 2019 Concacaf Gold Cup campaign when they face Martinique on Saturday 15 June at the iconic Rose Bowl in Pasadena, California. As the opening match of the month-long competition, Canada v Martinique kicks off at 19:30 ET / 16:30 PT and will be broadcast live coast-to-coast on TSN 3 and RDS 2.

The match is the second of two notable fixtures for Canada’s National Teams on a ‘Super Saturday’ for Canadian soccer following Canada’s second group stage match at the FIFA Women’s World Cup against New Zealand earlier in the day.

In addition to the national broadcast, extended match day coverage will be featured across Canada Soccer’s digital channels including Twitter, Instagram and Facebook. Fans are encouraged to follow Canada Soccer’s Men’s National Team every step of the way by using #CANMNT.

Canada come into the match riding a wave of momentum having won five consecutive matches across all competitions. Notably, Canada swept through the Concacaf Nations League Qualifying stage with four wins, 12 points, 18 goals scored and with just one goal conceded to finish 2nd amongst 34 nations.

“There is a good energy in the camp, our team spirit has grown during our preparation and the group is ready to compete and perform,” said John Herdman, Canada Soccer’s Men’s National Team Head Coach and Men’s National EXCEL Director. “Coming into this first match, we’re focused on our own performance. It’s about this group of men bringing that excitement and passion to the game. There is only one thing in the mind of the players and that is to push as far as they can.”

Canada has faced Caribbean opponent Martinique four times, with a record of one win, two draws, and one loss, with one of the draws coming in the 2002 Concacaf Gold Cup Quarterfinal, before Canada ultimately prevailed on kicks from the penalty mark to advance. The team is expecting a strong test from a competitive Martinique side, particularly as Canada’s one loss to Les Matinino came at the 2013 Concacaf Gold Cup, in a match also played at the Rose Bowl.

“We know that Martinique are an organized and spirited team,” said Herdman. “They are lethal in transition and one of their greater strengths is that they are a team that has played a long time together. It’ll be a tough test.”

The Canadian squad have completed a productive two-week preparation camp in the Los Angeles area which was highlighted by a 2:0 training match win over Trinidad & Tobago on the strength of two goals from midfielder Scott Arfield.

The Saturday match caps an incredible day of action in Canadian soccer as it follows Canada’s Women’s National Team match against New Zealand (15.00 ET / 12.00 PT – CTV/TSN/RDS) at the FIFA Women’s World Cup France 2019. The two matches are part of Canada’s ‘Summer of Soccer’ as the National Teams unite under the theme of ‘Together We Rise’. Join the momentum and support Canada’s National Teams by accessing and sharing assets here: https://www.canadasoccer.com/together-we-rise-p162202

Following the competition opener at the Rose Bowl, Canada’s remaining group stage matches will see them face Concacaf powerhouse Mexico on 19 June in Denver (22.00 ET / 20.00 MT) and Cuba on 23 June in Charlotte (18.00 ET). From 16 nations divided into four groups, the top two nations from each group will advance to the 2019 Quarterfinals.

The Canadian squad will be looking to build on the most recent Concacaf Gold Cup, when they reached the quarter-final stage in 2017, recording one win and two draws in the group stage.

Following the Concacaf Gold Cup, Canada will participate in the first edition of Concacaf Nations League this Fall with Group A matches against USA and Cuba. Canada will host Cuba on Saturday 7 September and USA on Tuesday 15 October with both matches to be played at Toronto’s BMO Field. Canada’s away matches in the four-match group stage will be played against Cuba on 10 September and USA on 15 November. The first-place nation from the group will advance to the Concacaf Nations League Finals.