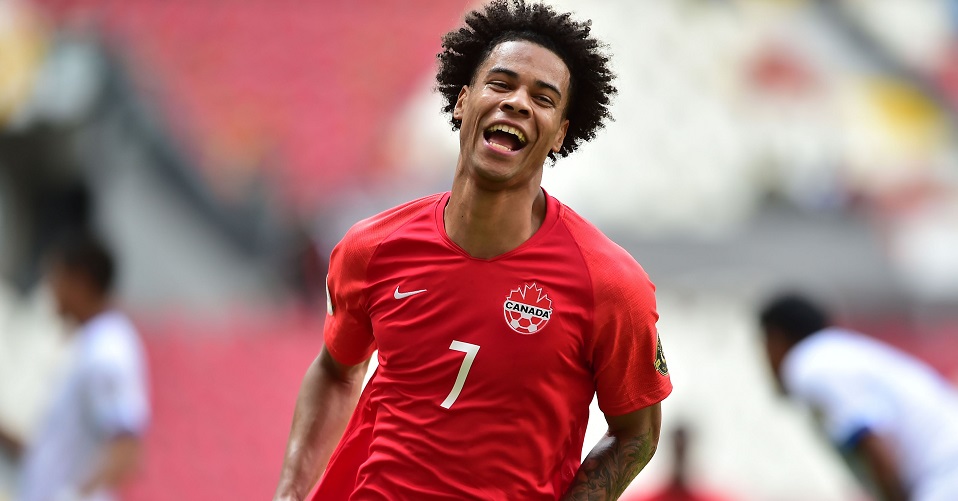 Canada off to strong start with 2:0 win over El Salvador in Concacaf Men’s Olympic Qualifying

Canada off to strong start with 2:0 win over El Salvador in Concacaf Men’s Olympic Qualifying

Canada got off to a strong start in Concacaf Men’s Olympic Qualifying with a 2:0 win over El Salvador on the opening day of the competition. Winger Tajon Buchanan from Brampton, Ontario was the two-goal hero as Canada picked up three points with the win.

Buchanan became the 12th Canadian U-23 player to score a brace in Concacaf Men’s Olympic Qualifying and the first since Tosaint Ricketts back in 2008.

“I know it was difficult, we did what we had to do, we got the win,” said Mauro Biello, Canada Soccer’s Men’s Olympic National Team Head Coach. “It’s all about growing throughout this tournament. This team has come together in a short window, to come out here and work the way they did, I think they get that identity and work for each other. I’m proud of them, they got the goals, we didn’t give much, and we grow from here. It’s all about growing.”

Canada’s next match in the group phase is Monday 22 March against Haiti (16.00 local / 18.00 ET / 15.00 PT) followed by the group finale on 25 March against Honduras (19.30 local / 21.30 ET / 18.30 PT). Every Canada match at the tournament will be broadcast live on OneSoccer with extended coverage throughout the tournament on Canada Soccer’s digital channels including Youtube, Facebook, Instagram and Twitter featuring the social media hashtags #canm23 and #CMOQ.

Canada opened the scoring in the 17th minute on Buchanan’s first goal after a lovely through ball from Ballou Tabla. Into the box, Buchanan cut to the outside past his defender and fired his low, left-footed shot past El Salvador goalkeeper Mario González.

Five minutes later, Buchanan scored again, this time with a right-footed shot from outside the box after Derek Cornelius played it back to him.

After the Buchanan 2-0 goal, Canada nearly made it 3-0 ten minutes later when Aidan Daniels hit the crossbar. Late in the first half, El Salvador had a pair of dangerous free kicks, but both Enrico Dueñas with the right foot and then Joshua Perez with the left foot hit their chances wide.

Early in the second half in the 51’ minute Buchanan thread a pass through the box to Tabla at the back post but Gonzalez made the save.  Canada had their last big chance on a free kick in the 82nd minute and held strong down the stretch for the 2:0 win.

“I think it was a good performance. Obviously, it was the first game for a lot of guys in a while in tough conditions,” said Tajon Buchanan. “The first game is always the toughest, but the guys stuck through it and battled all game and I’m extremely happy and proud of everyone and happy we came away with the three points. I was just happy that I was able to help the team today and get two goals. That first game is always the most important game to get the team going and to get three points in tough conditions is huge for us.”

‎Canada’s starting XI featured James Pantemis in goal, Zachary Brault-Guillard at right back, Callum Montgomery and Derek Cornelius at centre back, Marcus Godinho at left back, and Aidan Daniels, Michael Baldisimo, Patrick Metcalfe, Tajon Buchanan, Ballou Tabla and Charles-Andreas Brym from the midfield up through to the attack. In the second half, coach Mauro Biello replaced Montgomery with David Norman (46’), Daniels with Ryan Raposo (56’), Tabla with Theo Bair (56’), Baldisimo with Lucas Dias (72’), and Brym with Mohamed Farsi (85’).