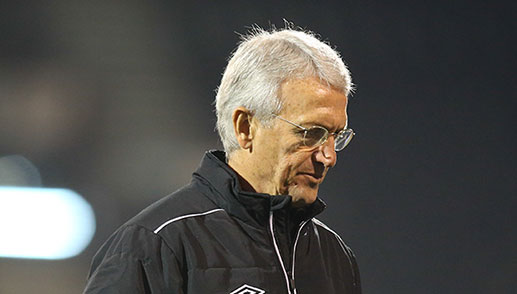 There’s no denying that 2013 was a difficult year for Canada’s Men’s National Team. But the beginnings of any rebuilding process are never going to be easy.

On Tuesday, the calendar year came to an end for Canada with a 1:0 loss to a Slovenian team that boasted some players who ply their trade with some of the biggest club teams in the world.

Not only was it a mix of youth and experience on the field for Canada, but it was a lineup that was missing some of its biggest names with the likes of Atiba Hutchinson, David Edgar, Julian de Guzman, and Simeon Jackson all injured and Will Johnson preoccupied with MLS playoffs.

But what the team got on Tuesday was a learning experience that hopefully will pay off when it matters.

“Slovenia’s not ranked 30 just by luck. They showed their qualities today,” said captain Dwayne De Rosario. “It was a great test for us to close off the year. Obviously it’s not the result we wanted but moving forward I think these games will definitely benefit us come (World Cup) qualifying and the Gold Cup.”

In the end, the next Gold Cup and World Cup qualifying cycle is what it’s all about and there’s more than a year for either of those.

“I’m confident that 2014 is bright in the future for the development of Canadian soccer,” De Rosario said. “It’s in the right hands and we’ve just got to continue believing and moving forward because we’ve got a good group.”