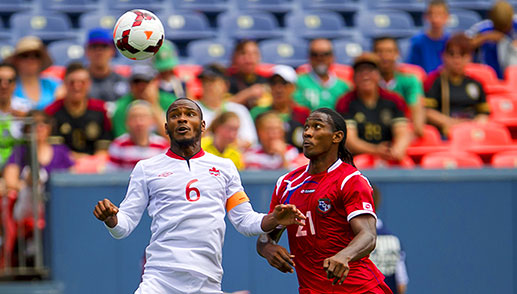 “Canada Soccer is pleased to announce these Men’s International Friendly matches against two of CONCACAF Top 10 nations as we believe that in order to improve, our National Teams must compete against the best and more often,” said Victor Montagliani, President, Canada Soccer. “This will help our program build a stream of high caliber players, compete at the international level and ultimately become a leading soccer nation.”

Canada will host Jamaica on 9 September (kickoff 19:30 local) at BMO Field in Toronto, ON in what will be Head Coach Benito Floro’s first match on Canadian soil. Tickets for this home match, presented by BMO, will go on sale in late May. Further ticket information will be posted to canadasoccer.com as it becomes available.

The Canadians have a record of 7W-6D-3L against Jamaica, who is currently ranked 9th in CONCACAF. The two teams’ last met in a friendly in 2010.

In November, Canada MNT will travel to Panama for a 18 November match (kickoff 20:00 local) at Estadio Rommel Fernandez in Panama City.

Canada’s only loss to Panama came in the last FIFA World Cup Qualifiers round in September 2012 against a Panama team they had defeated at home just a few days earlier. The teams’ last encounter at the 2013 CONCACAF Gold Cup concluded in a 0:0 draw.

Additional away dates will be added to Canada’s Men’s National Team 2014 calendar and will be announced as they are confirmed.