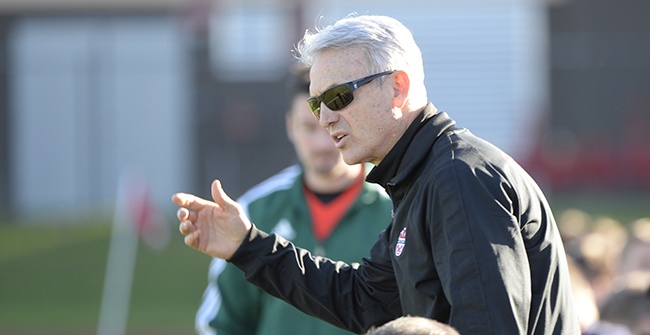 In what is the last international friendly window prior to the start of 2018 FIFA World Cup™ Qualifiers in June, Canada’s Men’s National Team will have 23-players in camp for a few days of training before two Men’s International Friendlies against Guatemala and Puerto Rico.

Benito Floro will be getting his players ready on the field with a number of tactical aspects of the game to work on and will work on getting the team’s mentality prepared for a summer of competitive action with both FIFA World Cup Qualifiers against Dominica or the British Virgin Islands in June and a CONCACAF Gold Cup campaign in July.

“We have two priorities for this camp. The first is to work hard on tactical concepts like pressing, combined attacks, defense, and our offensive and defensive set pieces,” said Floro. “At the same time, we need the psychological attitudes to get results. We need to have a good mentality.”

The team will arrive into camp on Sunday 22 March in Orlando, Florida with training beginning the following day. They’ll train for three days before heading down the road to Fort Lauderdale in advance of their first friendly of the camp against Guatemala, which will take place at Lockhart Stadium.

After a day of recovery in Florida, they’ll head to San Juan, Puerto Rico on Sunday 29 March in advance of the game against Puerto Rico that takes place on Monday 30 March at the Estadio Juan Roman Loubriel in Bayamon, PUR.

During the camp, Canada will find out their first FIFA World Cup opponents as the British Virgin Islands and Dominica will play off in a home-and-home series on 26 and 29 March.

* Replacements made on Sunday 22 March