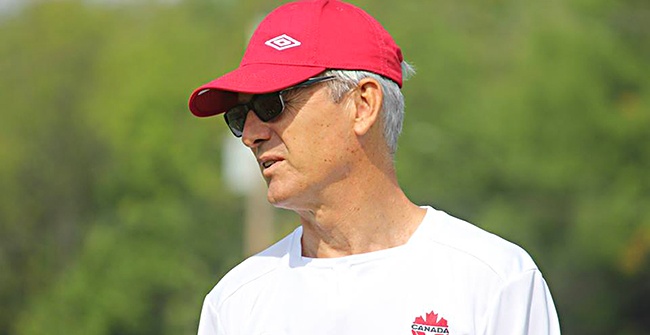 Tuesday’s game at BMO Field is a men’s international friendly in name only as Canada’s men’s national team is set to host Jamaica.

With the 2015 CONCACAF Gold Cup now less than a year away and World Cup qualifying potentially kicking off in 12 months, each preparation match for Canada and Head Coach Benito Floro takes on more and more importance. Each game is being approached as an official game with stakes on the line.

Canada is hoping that a fruitful period for the men’s team gets underway in front of home support along Lake Ontario at the Exhibition in Ontario’s capital.

“We are preparing the team for the Gold Cup and to have a good position in CONCACAF (World Cup) qualification in order to prevent a bad positioning in order to avoid extra qualifying rounds for the FIFA World Cup™ Russia 2018,” said Floro after Canada trained at BMO Field on Monday.

“In this moment, my only thought is that camps and games develop the our play in all aspects of the game.”

Canada comes into this game against a Jamaican side that’s in a similar position as they’re looking to reload their squad to prepare for their next foray into the Gold Cup and World Cup qualifying.

Jamaica made it to the final round of qualifying for the 2014 edition of the World Cup but weren’t able to secure any of the spots open for Brazil. No matter who dresses for Jamaica on the day, Canada expects a strong opponent chock full of speedy and athletic players.

“For us it’s good to have a strong rival,” said Floro. “We need to test if on our pitch we’re able to develop a good level of play to win.”

Canada made a last minute change to the roster. Defender Nana Attakora had to return to his club DC United after picking up a minor leg injury in training. He was replaced by Toronto FC defender Doneil Henry.