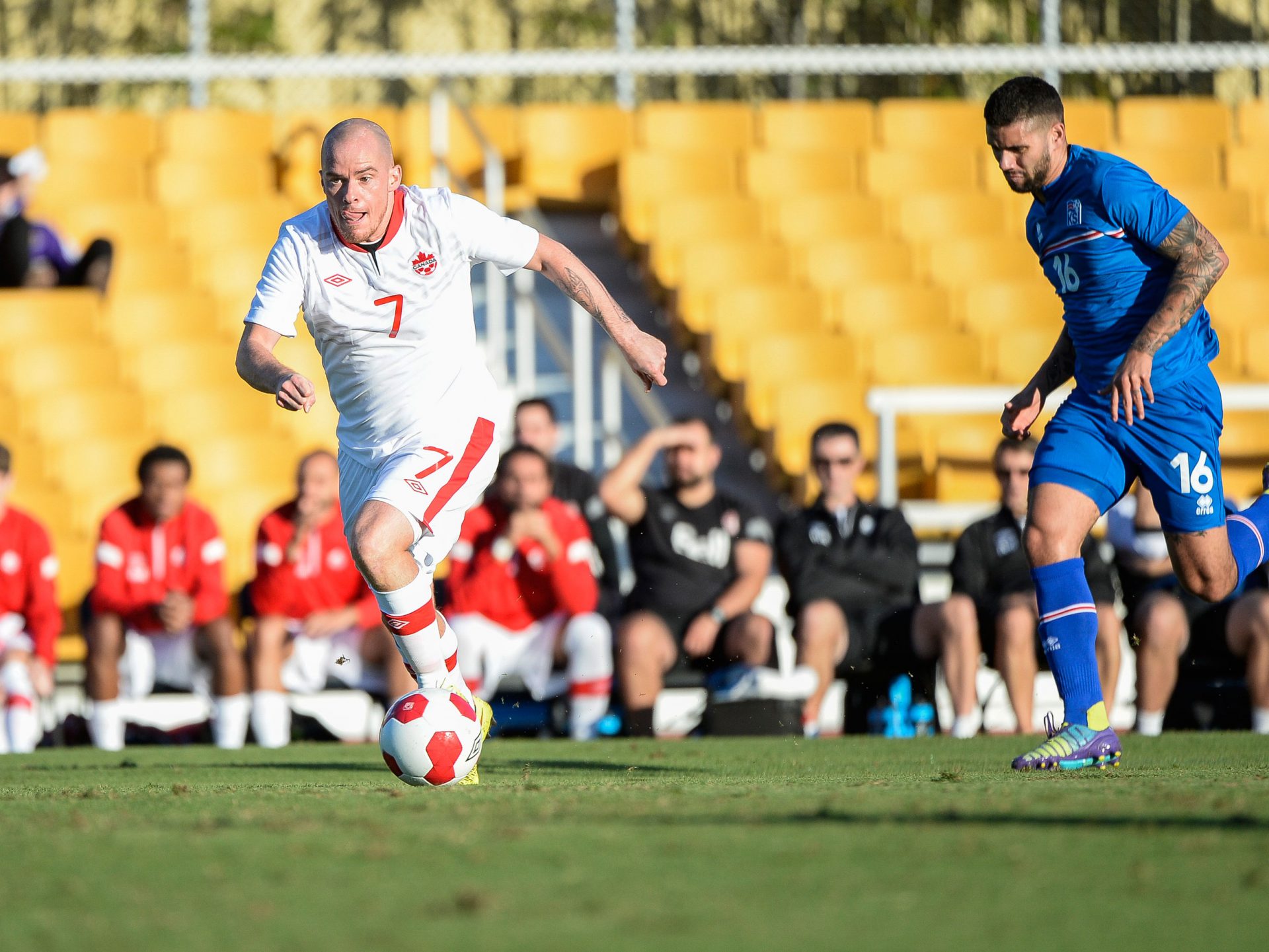 Despite a good performance, Canada MNT fell 1:2 to Iceland on Friday afternoon.

While Canada’s Men’s National Team controlled the possession for most of the match and winning the battle on paper, the team saw Iceland leave the University of Central Florida Complex with a 2:1 win in the first of two International Friendlies between the two nations on Friday.

Floro also pointed to the fact that most of the players at his disposal for this camp were only beginning their season, and that their physical preparedness could’ve played a part in tonight’s result.

“We played some good football but got caught on two plays when we lost focus and got scored on,” explained Dwayne De Rosario, the lone scorer for Canada on the night. “One thing we had worked on was not allowing free kicks and corner kicks, and in the first five minutes we take a man down, corner of the box and they score. We just need to be mindful, and aware and pay attention to details.”

Canada will get a second chance to test its wit against the same Iceland squad this coming Monday, 19 January, at 16.00 ET / 13.00 PT. Note that Benito Floro’s men are preparing for this summer’s CONCACAF Gold Cup run and the start of their 2018 FIFA World Cup Russia Qualifiers journey that will begin in June.