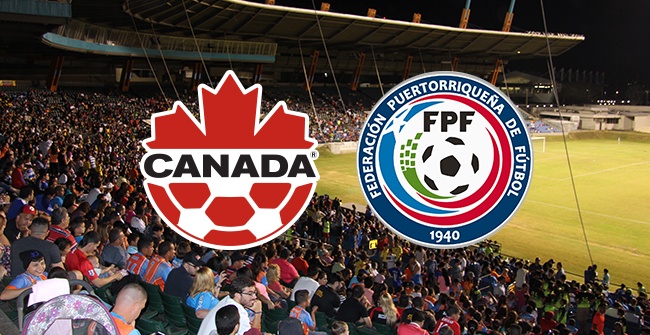 Canada MNT on the march heading into World Cup Qualifying

Canada MNT on the march heading into World Cup Qualifying

The next time the team comes together in June, they’ll be playing games that matter, as they’ll be taking on Dominica in a home-and-away series with the road to Russia getting underway. Canada will go in with a two-match winning streak and a three-match unbeaten run after a successful March camp.

“Our intention was to develop the same tactical subjects like pressing and maintaining a good formation. The victory and performance, we consider those to be good,” said Head Coach Benito Floro.

It was a special night for both Randy Edwini-Bonsu and Cyle Larin as both young forwards scored their first goals for Canada at the senior level.

Both players were introduced in the second half with both scoring lot long after being introduced.

Larin’s had the spotlight on him the last few months as he went first overall to Orlando City SC in the 2015 Major League Soccer SuperDraft and made his debut for Orlando just a few days before the start of the Canadian camp.

He had a few chances to score earlier and even had a shot blocked on the line but there was never a doubt in Larin’s mind that he would make good on one of his chances.

“It was a long time coming and I had my first chance saved off the line and I was hoping that one had gone in,” said Larin. “But I got another chance and it feels good to get back into the rhythm of scoring.”

In the two games in this March camp, the Canadian team scored four times and didn’t concede a goal. Prior to the game Monday night, they beat Guatemala 1:0 in Ft. Lauderdale, Fla.