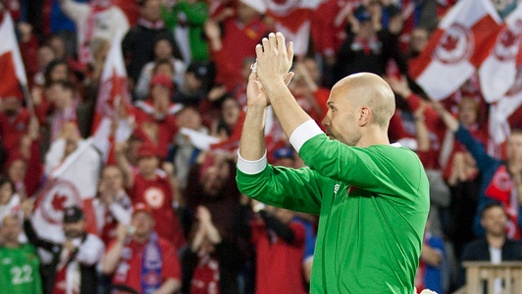 Canada has named its 22-man roster for camp in Arizona and Texas.

Canada’s Men’s National Team has named its 22-man roster for the upcoming camp in USA to take place from 19 to 30 January in Arizona and Texas.

As part of the camp, Canada will feature in two Men’s International Friendlies. The team will take on Denmark on 26 January in Tucson, AZ (13.00 local) before taking part in a match against USA on 29 January in Houston, TX (20.00 local).

Interim head coach Colin Miller has stated that the camp will provide an important opportunity to assess the ‘future’ of the Canadian team.

“One of our key objectives for this camp is to look towards the future and give some of our young players a chance,” said interim head coach Colin Miller.

“It is important for us to take a step forward during the camp and over the course of the next two matches. We expect the young players to come in very hungry and looking to show well for the future of the Men’s National Team.”

With an average age of just under 25, this is the youngest Canadian team to be assembled since May 2006.

Ten players have earned their first call-up to the Men’s National Team. Eight players featured in Canada’s Men’s U-23 team at the 2012 CONCACAF Olympic Qualifying tournament.

Mason Trafford is taking part in his first national team camp at any age level.

Dwayne De Rosario, Nik Ledgerwood, Lars Hirschfeld and Tosaint Ricketts are the only players on the roster to have taken part in game action during 2012’s CONCACAF third round of FIFA World Cup Brazil 2014 Qualifiers™.

Following the January camp in USA, Canada has confirmed that it will take on Japan in a Men’s International Friendly on 22 March in Doha, Qatar as the team continues its preparations for the 2013 CONCACAF Gold Cup to take place in USA in July.