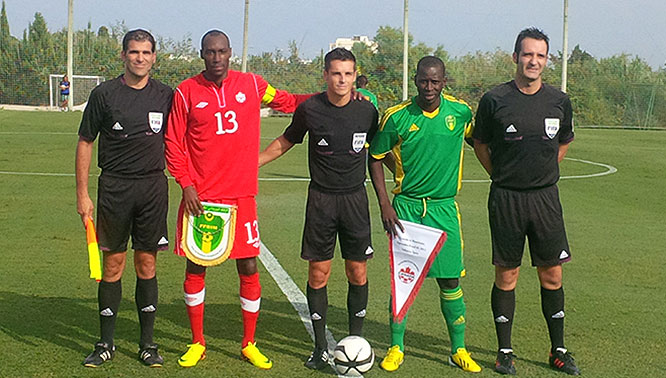 Canada plays to a 0:0 draw with African nation Mauritania

Canada made its debut under coach Benito Floro in a Men’s International Friendly match in Oliva, Spain, playing to a 0:0 draw with African side Mauritania in the first of a two-match series. The Canadian team featured 17 different players – including eight rookies – in the Sunday 8 September 2013 international match.

“This was a training match for us, but done so with the seriousness and structure of an international match,” said coach Floro. “We are teaching our footballers to play together, so of course that won’t happen all in one match.”

Of the 17 footballers featured by Floro on Sunday, eight of them are in their first year with the national “A” program (including debutants Jérémy Gagnon-Laparé and Jackson Farmer) while three others are in their second year with the “A” team. With 33 footballers in camp, Floro is expected to make a complete switch of his roster before the next match (to ensure as many players as possible see action).

Coach Benito Floro was hired by the Canadian Soccer Association on 5 July 2013. For this first national team project, he will have the Canadian squad in camp for 11 days (including travel) from 1-11 September 2013.