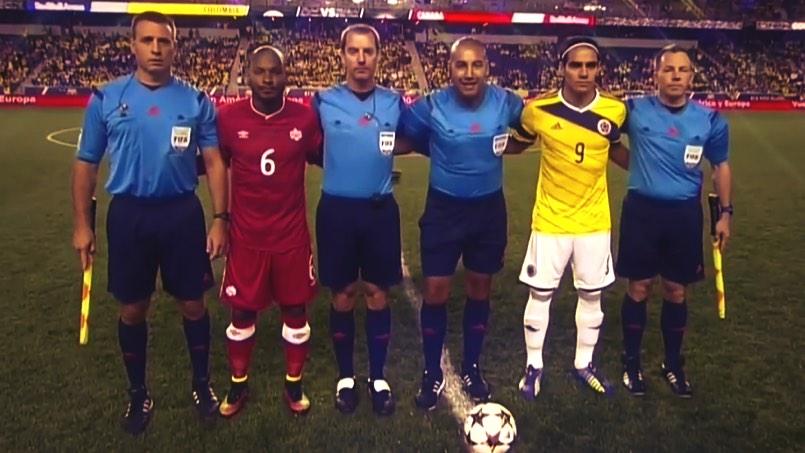 Canada MNT continuing to grow despite narrow loss to Colombia

Canada MNT continuing to grow despite narrow loss to Colombia

Canada holds for 74′ before conceding to Colombia’s star James.

On the other side of the field was a collection of high-priced talent from some of the biggest clubs in the world suiting up for Colombia.

But Canada’s Men’s National Team was hoping that the work they’ve done to build up collectively as a group could keep them in the fight against one of the best teams in the world. And in the end, it very nearly did.

It took one moment to give Colombia the 1:0 win, but for almost 90 minutes, Canada put in a performance that frustrated an elite world power in the game and but for a decision or two that may have gone another way, could have seen the team come away with a result.

“The difference was just one second where we fell asleep, turned our backs on a play. Benito emphasized how the Latin Americans are when it comes to being clever and being on top of it and that’s the one thing that killed us,” said midfielder Julian de Guzman. “Apart from that, I think the guys did a decent job. We held our ground and we put them under pressure at times.”

It’s the sort of performance Canada is going to need against the talented teams they’ll face in competitive matches in 2015. They’ll need the sort of all-hands-on-deck defending that will allow the team to create from the back and maintain ball possession that Floro is adapting to his team.

Progress is being made in every camp with Floro in charge and come the important games, there really will no counting out the team in red.

“It’s true we’re learning a lot with Floro in charge,” said defender Andre Hainault. “But we have to be confident on the field, as well, in what we do. I think we missed a little of that tonight but there are positives to take from this. That said, it was tough to concede a goal like that tonight and lose the game.”

Canada is hoping to finish 2014 on a high next month when they take on Panama in Panama City. So far this season, Canada has one win, two draws, and one loss.