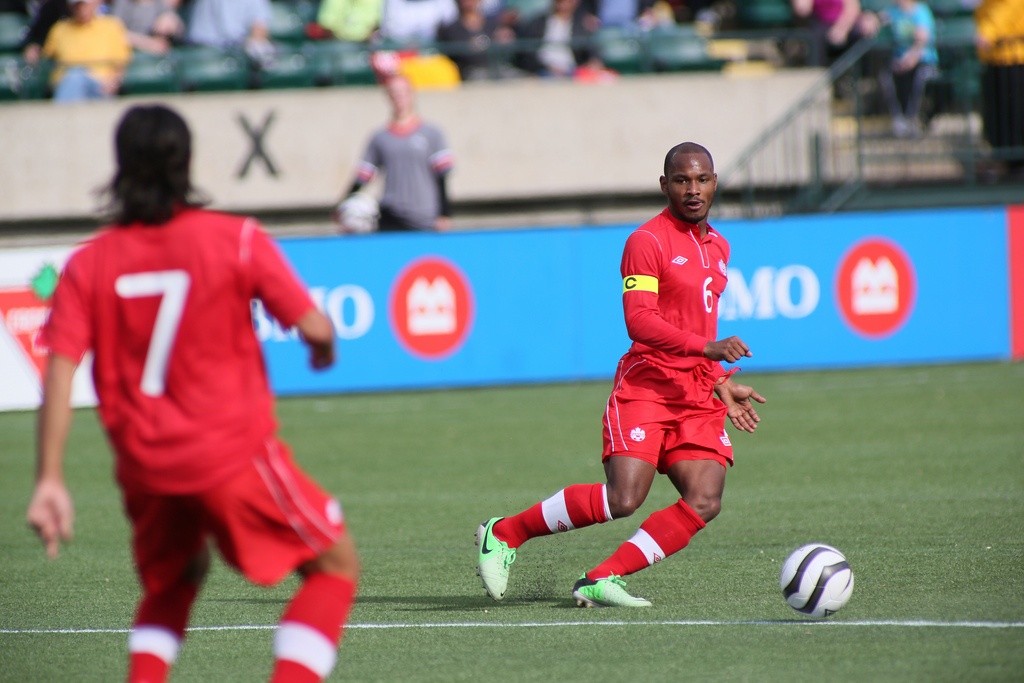 Canada MNT continues progression towards tasks ahead with 1:1 draw with Moldova

Canada MNT continues progression towards tasks ahead with 1:1 draw with Moldova

It was a night that was an interesting mix of frustration and optimism as Canada’s Men’s National Team mustered a 1:1 draw with Moldova in Mauer, AUT.

It was a night that was an interesting mix of frustration and optimism as Canada’s Men’s National Team mustered a 1:1 draw with Moldova in Mauer, AUT.

On one hand, Canada put in a thoroughly comprehensive performance that showed a team confident in possession, largely organized at the back, and dangerous on set pieces. At the same time, they only managed a single goal when it should have been so much more.

But for a team that’s beginning a long and arduous journey, May’s results against Bulgaria and Moldova are evidence that there are signs of life in the Canadian Men’s program.

“We were unfortunate not to win the game. We played well but it wasn’t a bad result but it wasn’t good,” said Head Coach Benito Floro. “This is the end of the first stage so the players are happy.”

The second stage is just getting underway as the team now sets the target squarely on next summer’s CONCACAF Gold Cup with games this fall against Jamaica at BMO Field in Toronto and Panama on the road in November.

With the game in Toronto falling on a FIFA international date, it means Canada will have likely their best roster available with players who ply their trade in North America and Europe. Up to this point, the team has been in the talent assessment phase and squads usually have featured players from one side of the pond or the other.

So while a win wasn’t achieved in two games in May, the performances indicate a team buying into a system and progressing towards the bigger tasks that lie ahead.

“To win it must be a consequence of playing well. It is more important that the team plays well in defence and attack,” said Floro. “For us right now, it’s not about looking for the result in anyway we can if we’re not playing well.”