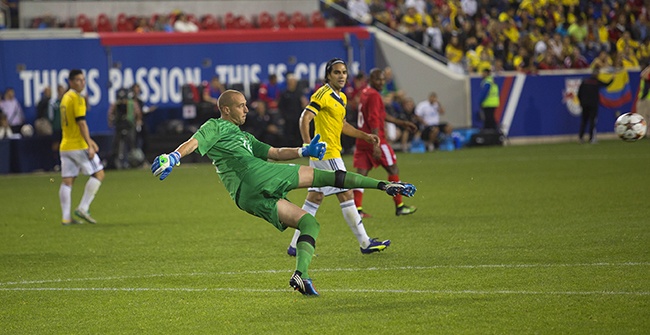 Canada’s Men’s National Team is hoping to carry the momentum generated from recent good performances into their final Men’s International Friendly of 2014 as they take on Panama on Tuesday 18 November in Panama City, PAN (kickoff 20.00 ET / 17.00 PT).

Coach Benito Floro has named 23 players to the squad that will start with a camp in Orlando, FL on Sunday 9 November and train there before heading south on Sunday 16 November in advance of the game.

“It’s another important game for us because we need to continue improving our tactical play and we are going to play against a very good team that has an experienced coach,” said Floro. “It’s a very good, organized team on the pitch with a good tactical sense both in attack and defence.”

Canada has been gathering steam with a series of good performances as they get set for competitive games that will take place in 2015.

Canada has only lost once in four international friendlies this year. That loss came last month against Colombia, currently the third ranked team in the world. But even in that 1:0 loss, Canada showed a good performance. Canada also has a win and two ties in their three other friendlies this year.

The game at the Estadio Rommel Fernandez proves an opportunity to prepare for the sorts of environment they’ll have to face in FIFA World Cup qualifying.

“We are going to play away in their stadium against another good team but it’s good for us because we need to test our level in these situations,” said Floro.

“We need to focus on continuing improving our pressing and to increase our attack because in the last game (against Colombia), our attack was not as good as we can do.”