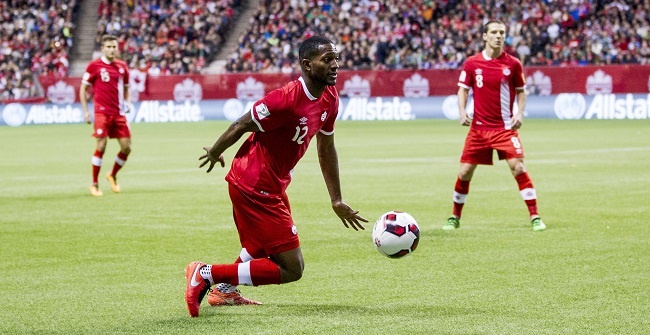 Canada Soccer has announced their 24-man squad for the upcoming Men’s International Friendly series in Austria against opponents Azerbaijan and Uzbekistan. The squad and camp continues coach Benito Floro’s preparations for the upcoming 2018 FIFA World Cup Russia Qualifiers in September, including the all-important final match of this semi-final round at BC Place in Vancouver on 6 September.

Both June matches will be broadcast live on canadasoccer.com and youtube.com/canadasoccertv. The Canada-Azerbaijan match is Friday 3 June at 13.00 ET / 10.00 PT (19.00 local at Stadion Rohrbach an der Lafnitz in Rohrbach an der Lafnitz, AUT) while the Canada-Uzbekistan match is Tuesday 7 June at 10.00 ET / 07.00 PT (16.00 local at Thermenstadion Bad Waltersdorf in Bad Waltersdorf, AUT).

“We consider both matches will provide us with a very good test,” said Benito Floro, Canada Soccer’s Men’s National Team Head Coach. “The European camp is important because it gives us time to practice and create new structures for our team and their communication. With every camp, they can learn and practice positive methods that will help them in the games.”

With Canada’s next FIFA World Cup Qualifiers just three months away, coach Floro has recalled a largely similar squad featured throughout the CONCACAF semi final round. One exception is Atiba Hutchinson, who will use the offseason to recover and address a long-standing minor injury after leading the Turkish Süper Lig in minutes played en route to a first-place finish in the league standings.

Back in camp is young winger Michael Petrasso, who has just completed his first professional season with Queens Park Rangers. The Canadian U-20 Player of the Year is making his third appearance in a Men’s National Team camp.

SUPPORT #CANADARED, BE CANADA’S 12th MAN
After an away match against Honduras on 2 September, Canada will come home to face El Salvador in a critical match on 6 September at BC Place in Vancouver. To help build a sea of #CanadaRED supporters, tickets to the match start as low as $25 (plus applicable fees). In addition, a special ‘Me+3’ offer will be available for this match. When purchasing three full price tickets in select sections, fans will receive the fourth one free. This offer is available via Ticketmaster.ca by selecting the ‘Me+3’ offer.

In CONCACAF’s semi-final (Round 4), Canada will play six matches, with both a home and away encounter against Honduras, El Salvador and Mexico. The stage concludes in September after Canada faces Honduras away and El Salvador at home.