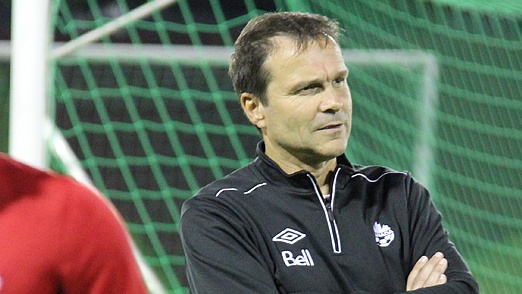 Canada looking to begin road to ‘redemption’ against Japan

Canada looking to begin road to ‘redemption’ against Japan

The last time Canada assembled the core of its senior players – it marked one of the most difficult chapters in the history of Canadian football as the team crashed out of qualifying for Brazil 2014™ to the disapointment of the squad and its supporters alike.

Following a pair of January friendlies featuring a youthful roster, many of Canada’s regular first-team players will be back in action in Friday’s Men’s International Friendly against Japan at the Khalifa Stadium in Doha, Qatar (local kick-off 19.00).

The match will be streamed live in Canada at Sportsnet.ca (12.00 ET / 09.00 PT). Fans can also follow live coverage on Twitter: @CanadaSoccerEN. Complete pre and post-match video coverage, including highlights, will be available on CanadaSoccerTV.

“A lot of the senior players are looking to paint a different picture of themselves than was last seen,” said Interim Men’s National Team Head Coach Tony Fonseca.

“They want to redeem themselves, that’s for sure.”

CANMNT: Camada trains ahead of clash with Japan

Redemption will not come easily against an experienced Japan side that are perennial FIFA World Cup™ participants.

“They are preparing for a crucial FIFA World Cup™ Qualifiers match and will be taking our game tomorrow very seriously.”

But more so than concerning himself with the performance of the opposition – Fonseca stated clearly that at this point in time – his primary focus is on ensuring that Canada concentrates on developing its own game.

“For this group of players it is crucial that we do the right things in our own game.

“Many of the players will be in contention to play for Canada at the CONCACAF Gold Cup in July – so it is important preparation for us.”

Canada last took on Japan at the 2001 FIFA Confederation Cup – the match ended in a 3:0 win for the host Japanese.

Fonseca has yet to announce who will captain the side tomorrow in the absence of Kevin McKenna who skippered the team during the recent qualifying campaign.

Following Friday’s match against Japan, Canada will take on Belarus in a second Men’s International Friendly on Monday 25 March (18.00 local kick-off; 11.00 ET / 08.00 PT) at the Aspire sports facility in Doha.