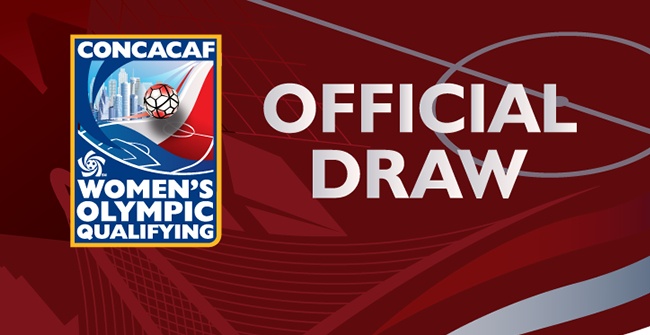 Canada’s Women’s National Team have been drawn into Group B with Trinidad and Tobago, Guatemala and Guyana

Canada have been drawn into Group B with Trinidad and Tobago, Guatemala and Guyana for the 2016 CONCACAF Women’s Olympic Qualifying Championship taking place in Texas starting 11 February 2016. Two teams from the competition will advance to the Rio 2016 Women’s Olympic Football Tournament.

Being drawn into Group B, Canada avoid highly-ranked teams including USA, Mexico, and Costa Rica during the group stage, who make up Group A alongside Puerto Rico. Group B will play their entire tournament at BBVA Compass Stadium in Houston, which will also host the knockout round.

“It was a surprise to see the USA, Mexico and Costa Rica in the same group, but the gap in women’s football is getting smaller and smaller and it’s going to be a challenging qualification campaign,” said John Herdman, Head Coach for Canada’s Women’s National Team.

Canada, ranked 11th in the world, will begin their Olympic qualification campaign against Guyana on 11 February, before taking on Trinidad and Tobago on 14 February, and Guatemala on 16 February.

The tournament will feature eight nations divided into two groups of four, with the top two finishers in each group after round-robin play advancing to the all-important semi-finals. The winners of the semi-finals will qualify for the Olympic Games.

“We’re excited,” said Herdman. “We have the squad back in camp and it’s an exciting group of players with lots of energy. We have a bunch of new faces and there is a blend of youth and experience.

Canada’s Women’s National Team are currently in camp in Vancouver preparing for an invitational tournament beginning 9 December in Natal, Brazil.

“Right now, we are focusing on our goal of qualifying for the Rio 2016 Olympics,” Herdman said regarding final roster selection for the 2016 CONCACAF Women’s Olympic Qualifying Championship. “We are in camp preparing for the matches in Brazil in the coming weeks. We are taking a hard look at the players. Come January, we’ll select the squad that will pretty closely resemble the team that will go into qualifiers for the Rio 2016 Olympic Games in February.”