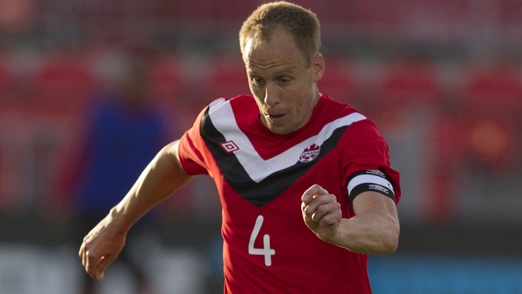 Canada kicks off CONCACAF 3rd Round against Cuba

Canada will kick off the CONCACAF 3rd Round of 2014 FIFA World Cup Brazil Qualifiers on Friday 8 June 2012 in Cuidad de la Habana, Cuba. Canada faces group opponent Cuba for a 14.00 local kick off at the Estadio Pedro Marrero. This is the first of six match days for all 12 remaining teams in the CONCACAF region, with other Group C teams Honduras and Panama facing each other at Estadio Olímpico in San Pedro Sula, Honduras.

The Canada-Cuba match will be broadcast live on Sportsnet East, Sportsnet Ontario, Sportsnet West and Sportsnet Pacific. The broadcast starts at 13.30 ET / 10.30 PT, approximately 30 minutes before kick-off time in Cuba.

This marks Canada’s second trip to Ciudad de la Habana for a FIFA World Cup Qualifiers match. Just over 12 years ago, Canada won 1:0 away over Cuba at the Estadio Pedro Marrero, with Jason de Vos scoring the lone goal in the 4 June 2000 victory. To date, Canada has three wins and two draws against Cuba in five previous FIFA World Cup Qualifiers matches. The head-to-head record is an even 1-1-1 (one win, one draw and one loss) at the CONCACAF Gold Cup, with the last meeting on 12 July 2005 in Foxborough, MA, USA (a 2:1 win for Canada).

The 8 June match is Canada’s first of two FIFA World Cup Qualifiers in June. Following the Friday afternoon match, Canada will return home to play Honduras on Tuesday 12 June at BMO Field in Toronto, ON. Tickets to Canada’s home match is available via ticketmaster.ca or by phone at 1.855.570.7500, with full information available on CanadaSoccer.com. Group discounts are available via marketing@soccercan.ca or 613.237.7678.

From the three groups of four teams in the 2012 CONCACAF 3rd Round for 2014 FIFA World Cup Brazil Qualifiers, the top-two teams from each group will advance to the 2013 CONCACAF Final Round. All CONCACAF 3rd Round matches are played in June (8 and 12), September (7 and 11) and October (12 and 16).