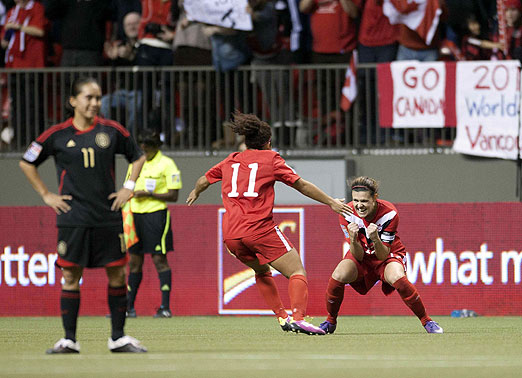 Canada has qualified for the London 2012 Women’s Olympic Football Tournament. Canada booked its ticket with a big 3:1 win over Mexico in front of a home crowd at BC Place in Vancouver, BC. The 27 January victory was played in front of 22,954 fans at BC Place.

Canada are now set for a showdown with USA in the tournament final at 17.00 (local kick-off) on Sunday 29 January.